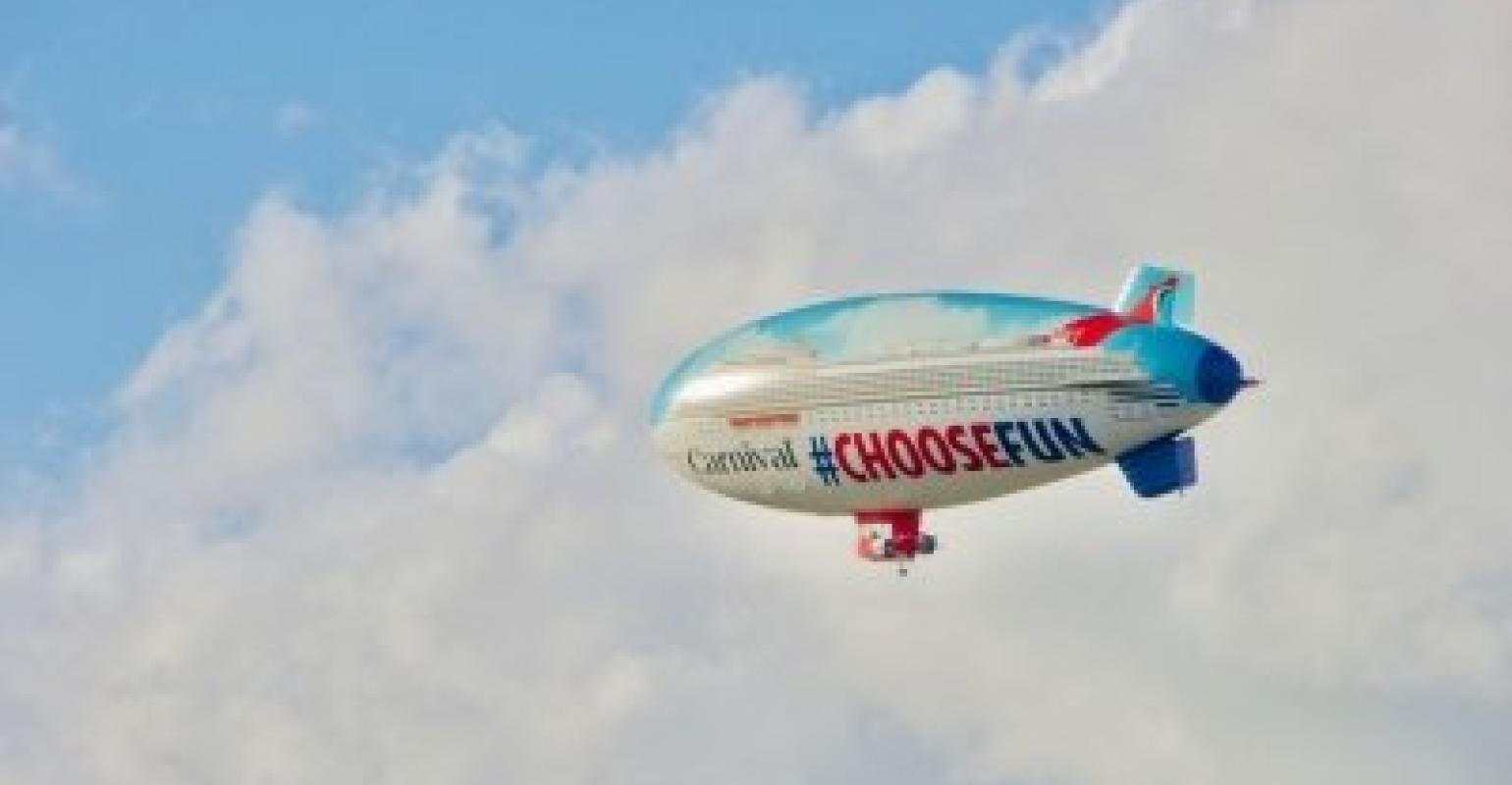 Carnival will donate $10 to St. Jude Children’s Research Hospital (up to $20,000) for every person who posts a photo of the colorful blimp using the hashtag #ChooseFun
Carnival Cruise Line’s #ChooseFun AirShip is heading northeast for the start of summer and the New York debut of the transformed Carnival Sunrise.

The AirShip will kick off its monthlong tour with an appearance at the ship’s naming ceremony at the Manhattan Cruise Terminal on Thursday.

Over the subsequent four weeks, the 128-foot-long AirShip will visit locations across all five New York boroughs, New Jersey and Philadelphia, flying over popular landmarks and events.

The AirShip’s first week will include visits to Manhattan, Queens and Brooklyn followed by classic summer vacation hot spots Fire Island, Coney Island and Staten Island for Memorial Day weekend, and a week in Long Island. The AirShip will then spend the first week of June flying over New Jersey before concluding its northeast tour in the Bronx and Brooklyn.

'Seeing how successful our West Coast journey was earlier this year, we knew we had to get the East Coast in on the fun,' said Christine Duffy, president of Carnival Cruise Line. 'We plan to do New York in a big way this summer as we take the region by sea and air with summer sailings of the beautiful Carnival Sunrise and AirShip enticing fun seekers to Choose Fun with a Carnival cruise.'

Carnival’s AirShip has a bigger and better charitable component than ever before, as well. Encouraging fans to engage with the AirShip on social media, Carnival will make a $10 donation to longtime charitable partner St. Jude Children’s Research Hospital for every person who posts a photo of the colorful blimp using the hashtag #ChooseFun. The cruise line will donate a maximum $20,000 to support fight against childhood cancer.

There's also the chance to win a free cruise or, in weekly drawings, a cash gift card for those they enter the AirShip Sweepstakes that kicks off May 23 at carnival.com/choosefun.

Carnival Sunrise will spend the summer in New York operating four- to 14-day voyages before repositioning to Port Everglades for a winter schedule of Caribbean and Bahamas cruises beginning in October. Carnival Sunrise then heads back to New York for another season of cruises in spring 2020.