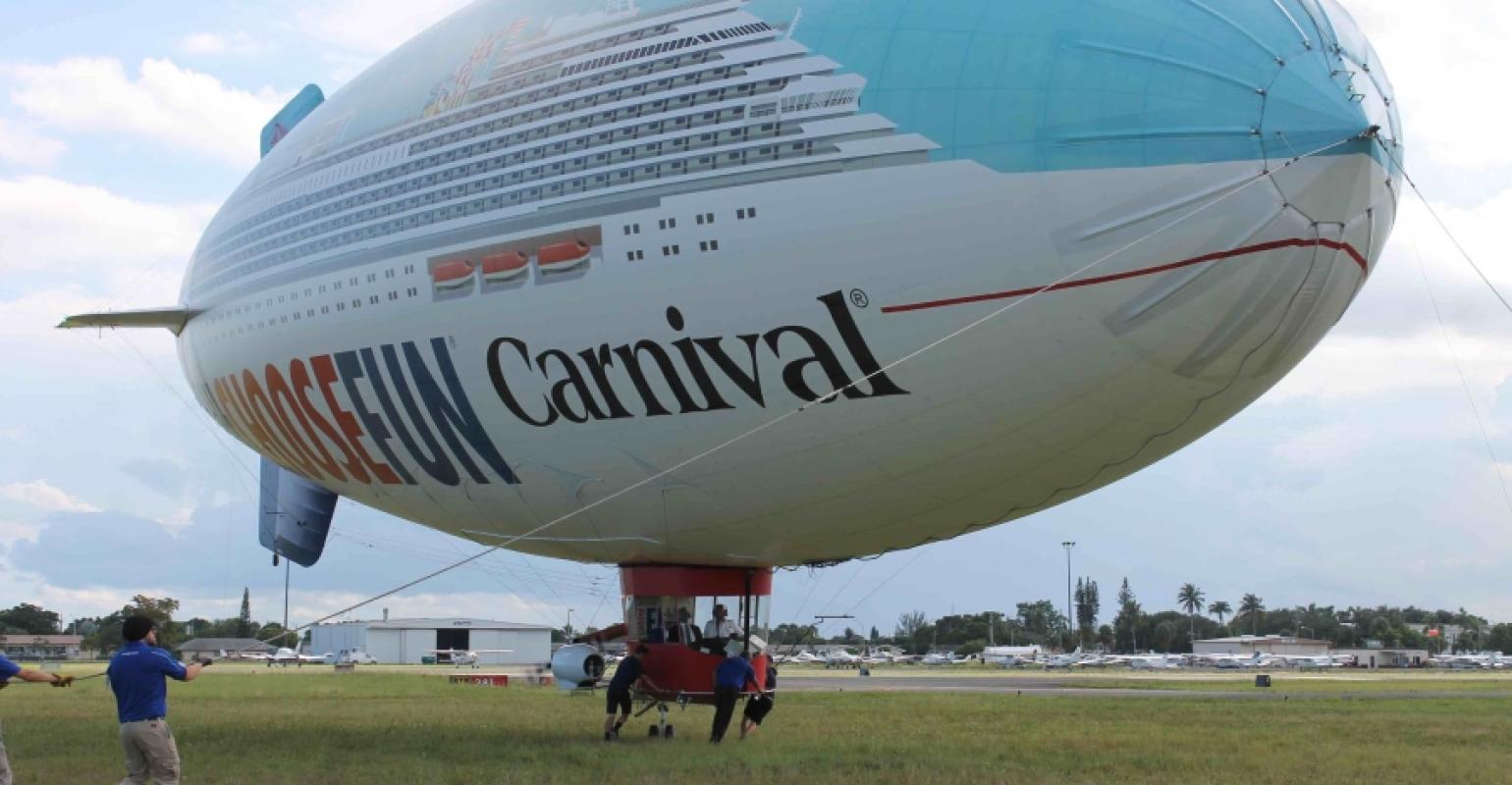 A sweepstakes to win a free cruise and support for Carnival's charity partner, St. Jude Children's Research Hospital, are tied in to the AirShip's mission
After completing its month-long tour of California to call attention to the upcoming arrival of the new Carnival Panorama to the West Coast late this year, Carnival Cruise Line's #ChooseFun AirShip extended its journey to the skies of Las Vegas, with Phoenix up next.

The Carnival AirShip began a five-day tour of Las Vegas that kicked off Saturday, with aerial visits to major attractions and hot spots including the Las Vegas Strip as well as travel agent events.

On Feb. 13, the AirShip will arrive in Phoenix for a five-day flyover of the city's hottest areas and venues through Feb. 17.

In conjunction with the AirShip's extended West Coast tour, Carnival is hosting a sweepstakes with the chance to win a free cruise and additional prizes each week. Entries are at carnival.com/choosefun.

And, continuing the charity component of the AirShip's monthlong flyover, for anyone who takes a picture of the AirShip and posts it on social media with the hashtag #ChooseFun, Carnival will make a $2 donation to its longtime charity partner, St. Jude Children's Research Hospital, up to a maximum $20,000 donation.