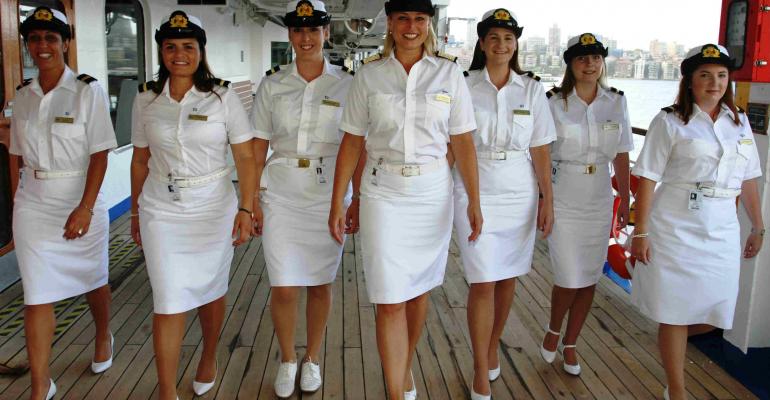 Members of the South East Australia branch, representing the Australian Capital Territory, New South Wales, South Australia, Tasmania and Victoria of the London-based Nautical Institute, were introduced to the third-officers currently taking part in a special mentoring programme on board the 1,998-passenger Pacific Explorer that was transformed in mid-2017 from its former life as Dawn Princess.

The women all have previous experience on cargo ships, bulk carriers or offshore rigs and are on their way to becoming senior deck officers on Carnival Australia-brand cruise ships.

They are being supported on board Pacific Explorer by hotel director Melissa Yates, the daughter of a recently retired ship’s captain.

According to The Nautical Institute, only 2% of the world’s seafarers are women and it is trying to raise awareness of the need for a ‘greater gender balance.’