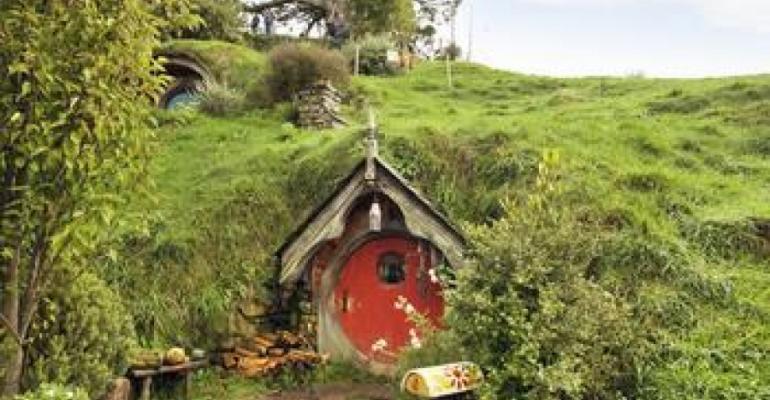 Carnival Cruise Line, which last sailed to New Zealand in 2013, has scheduled two trans-Tasman voyages from Sydney for December 2015 and February 2016 that will offer shore excursions to ‘Middle Earth.’

The Academy Award-winning New Zealand director Sir Peter Jackson made the lush hills of New Zealand ‘Middle Earth’ in The Lord of the Rings and The Hobbit trilogies based on the novels by J.R.R. Tolkien.

Jackson created Hobbiton, home of the hobbits for The Lord of the Rings movies on a sheep and cattle property near Matamata in New Zealand’s Waikato region and rebuilt it for The Hobbit trilogy.

The Hobbiton Movie Set is now one of New Zealand’s biggest tourist attractions and this month welcomed its one millionth visitor.

The 88,500gt Carnival Legend, which will be making her second extended season in Australia, will sail from Sydney on December 30, 2015 on a 10-night cruise to Bay of Islands, Auckland Tauranga and Napier.

The 2,680-passenger Carnival Spirit, which is permanently based in Australia, departs Sydney on February 12 next year on an 11-night cruise to Wellington, Napier, Tauranga, Auckland and Bay of Islands.

Passengers on both sailings will have the opportunity to make a five-hour shore excursion from Tauranga across the Kaimai Ranges to the Hobbiton Movie Set where they will go on a guided tour and will see The Mill, the double-arched bridge, the hobbit orchards and the 44 hobbit holes dug into the green Waikato hillside.

Refreshments will be taken in The Green Dragon Inn which was the local meeting place for all the residents of Hobbiton.