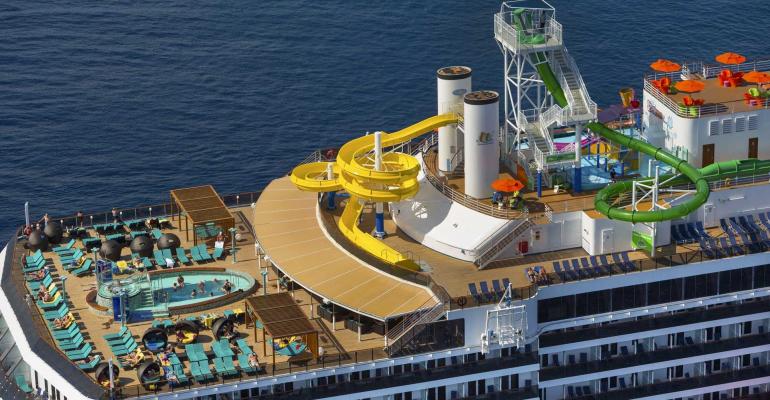 Carnival Spirit will become Carnival Cruise Line's first ship to homeport at the new facility, year-round
A new international cruise ship terminal will be operating in Brisbane within two years after Port of Brisbane and Carnival Australia today announced they had reached a commercial agreement.

The amended commercial agreement between Carnival and the Queensland capital city’s port follows the Australian Competition and Consumer Commission’s conditional approval of the project last month.
Both Port of Brisbane and Carnival Australia have been considering the commercial implications of the ACCC’s conditions and have agreed a way forward in the best interests of the cruise industry, Queensland tourism and the state’s economy.
Carnival Australia has committed to the purchase of a maximum 100 ‘foundation’ berthing days of no more than four in any week for 15 years. In exchange, Carnival Australia receives priority berthing rights at the terminal.
‘The agreement with Carnival Australia gives us commercial certainty to construct the Brisbane International Cruise Terminal at Luggage Point and we thank them for their ongoing support,’ Port of Brisbane’s chief executive officer Roy Cummins said.

‘This is also good news for the cruise industry as a whole, which will benefit from access to a world-class terminal facility,’ Cummins said.
‘Cementing this partnership today means we can avoid delays and maintain our construction timeline which, weather permitting, targets completion in the second quarter of 2020.’
Carnival Australia president Sture Myrmell said the new terminal is a ‘win-win’ for cruising as well as the Queensland economy.
‘It means Brisbane can take its place on the world cruising map for some of the globe’s most iconic cruise lines with ships too large to use existing facilities at Portside,’ Myrmell said.
‘This project creates the opportunity for Queensland and its many regional ports to become the nation’s powerhouse for the cruise industry’s continued growth at a time when industry figures show infrastructure constraints around Australia are slowing momentum.’

Carnival Spirit will be first to homeport

Hot on the heels of today’s announcement, Carnival Cruise Line vp Australia Jennifer Vandekreeke said Carnival Spirit will become the brand’s first ship to homeport in Brisbane in 2020.
Vandekreeke said Carnival Spirit, which has been permanently homeported in Sydney since October 2012, will operate year-round cruises from Brisbane to Vanuatu and New Caledonia, as well as shorter cruises to destinations in North Queensland.
She said itineraries for Carnival Spirit’s 2020 Brisbane sailings will be announced in the middle of this month, with bookings opening in early July.
Copyright © 2022. All rights reserved. Seatrade, a trading name of Informa Markets (UK) Limited.
TAGS: ports & destinations cruise lines cruise terminals weekly
0 comments
Hide comments
Related