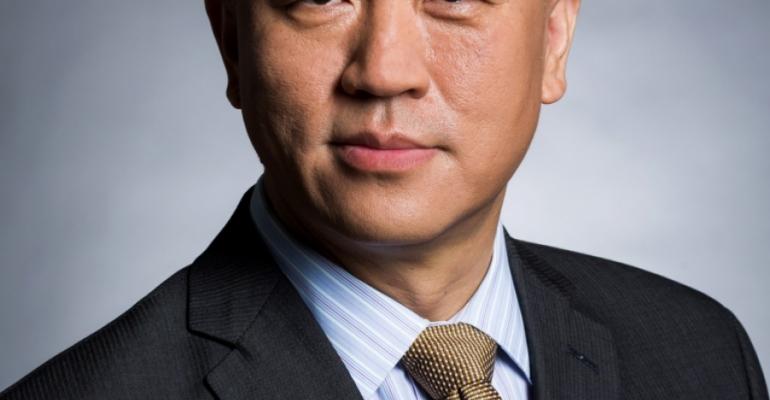 Chen is based in Shanghai, reporting to Alan Buckelew

A native of China, Chen will be based in Shanghai and lead all government relations and port development, while also supporting the company’s joint ventures in China. In this new role, Chen will have responsibility for representing all of Carnival Corporation’s brands in China to continue growing the company’s industry-leading presence and scale in the region. The appointment became effective January 1.

Chen will report directly to Alan Buckelew, chief operations officer for Carnival Corp., who relocated to Shanghai in 2014 to oversee operations in China. Buckelew will continue to provide strategic leadership to drive the company’s long-term growth plans in Asia. He is expected to return to the US later in the year, still keeping his oversight responsibilities for China and as the corporation's chief operations officer.

Michael Ungerer, recently named chief operations officer-shared services for Carnival Asia, continues in his strategic role to support growth across the brands in Asia, reporting to Michael Thamm, ceo of Costa Group, with a dotted line to Chen.

'Roger comes to us with over 25 years of experience working for major global companies that have significant operations in China, as well as time spent working within the Chinese government, all of which will be invaluable to our growth strategy in China and Asia as a whole,' Buckelew said.

'We look forward to Roger’s leadership and deep knowledge of government affairs as he oversees Carnival Corporation’s strategic initiatives across all our brands in China, where we expect continued growth and expansion as the leading cruise operator in what has quickly become one of the fastest growing markets in the world.'

Chen’s background includes strong expertise in corporate and government affairs, and in-depth knowledge of the Chinese government’s policies and operations. His experience includes several senior positions where he led strategic efforts in China for major multinational corporations, including General Electric, Microsoft, Volvo Group and Alcatel. Most recently, Chen served as China president for Volvo Group, representing the company’s interests across all business groups.

In 2016, Costa and Princess will again expand with each brand adding a ship to its fleet in China, representing a 58% increase in capacity there, and making Carnival the first global cruise company with six total ships based in China later this year. In summer 2017, Princess Cruises will launch a vessel built specifically for Chinese guests, Majestic Princess, which will be based in China year-round.