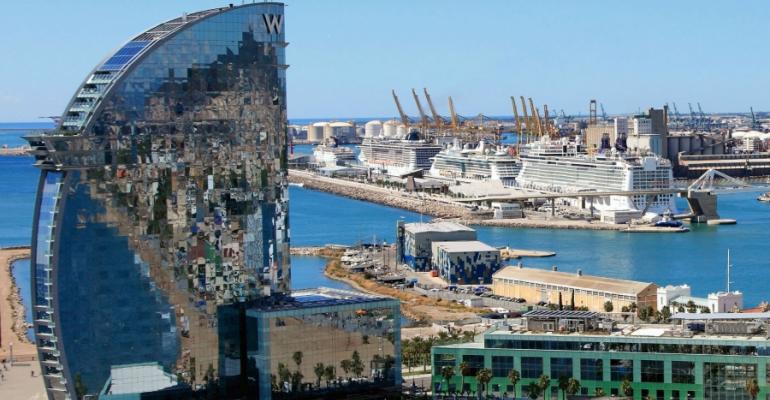 Go-ahead for the long-awaited Terminal E on Adossat pier

Barcelona Port Authority chairman Sixte Cambra announced this morning the Port's Board of Directors has awarded a concession to Carnival Corp & plc's Barcelona Cruise Terminal unit for the construction and management of the long-awaited Terminal E on Adossat pier.

A separate lease concession was awarded to Carnival for the construction of an adjacent parking facility with space for more than 300 cars, the first such facility on the Adossat pier.

The new terminal, costing €30m, will have interior space totaling 11,500sq mtr, the largest cruise terminal in Europe. It  will be used by seven of Carnival's 10 brands. The company already operates Terminal D, named Palacruceros, adjacent to the new facility.

Construction work on Carnival's new Terminal E will begin next year. The facility will be operational in 2018.

Separately, in reporting the Port's traffic and financial results for the first six months of 2015, Cambra disclosed cruise passenger numbers reached 1,001,932 through end June, a 6% increase over the 2014 period and approximately level with the first halves of 2011 and 2013. Turnaround passenger count was up by 10%.