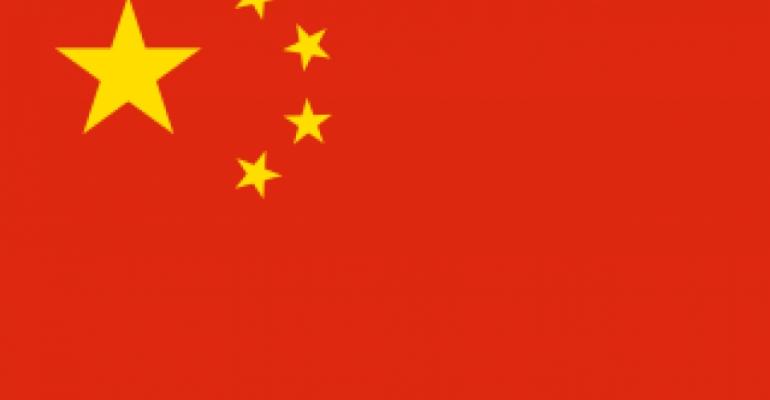 Carnival Corp. & plc signed a memorandum of understanding with the China State Shipbuilding Corp. to explore a possible joint venture aimed at accelerating the development and growth of cruising in China.

Becoming official at a signing ceremony at the Ninth China Cruise Shipping and International Cruise Expo in Tianjin, the MOU outlines the framework for exploring a partnership that includes the possibility of forming a shipbuilding joint venture that could become a three-way arrangement involving Italy's Fincantieri.

This would support the Chinese government’s plans to grow the cruise industry.

The country is expected to become one of the world's largest source markets for cruising, with 4.5m passengers by 2020, according to Chinese Ministry of Transport projections.

As part of the possible shipbuilding joint venture, Carnival would work closely with China State Shipbuilding Corp. and Fincantieri to help define the first world-class cruise ship built in China. Carnival would provide its design and shipbuilding expertise to create the vision and overall specifications for such a newbuild.

'This is really a breakthrough day for all of us at Carnival, as well as our friends at the CSSC and all Chinese travelers who are increasingly turning to cruises for their vacation,' said Carnival Corp. ceo Arnold Donald. The landmark agreement paves the way to help China develop into a leading cruise market, supporting local economic development and bringing vacation enjoyment to millions, Donald added.

The MOU includes the exploration of other possible joint venture opportunities with CSSC including the potential to form a domestic cruise company, port development, talent development and training as well as supply chain and logistics.

In the past year the Chinese Ministry of Transport has expressed its strong desire to transform China into a leading global cruise market, including investments in infrastructure and developing a strong domestic cruise presence as a key component of the expanding tourism industry.

The Ministry of Transport projects China to be the second largest global cruise market after the US in the next several years based on economic growth, increased consumer spending power and growing demand for cruise vacations.

The Carnival group has been stepping up its presence in China. Next year Costa Serena is to join the homeporting Costa Atlantica, Costa Victoria and Sapphire Princess. The company said it will have 200 port calls from five brands in the country during 2014, or 15% of Carnival's port calls in all of Asia.

The company recently relocated chief operations officer Alan Buckelew to Shanghai where he is overseeing Carnival's growing operations within the country while continuing his overall corporate responsibilities.

Both Buckelew and Donald were at the MOU signing in Tianjin.

The agreement strengthens Carnival's position at a time when Royal Caribbean Cruises Ltd. is also working closely with Chinese officials, basing ships in the country and deploying its newest and best, Quantum of the Seas, year-round from Shanghai starting in 2015. Plus, Royal Caribbean is selling Celebrity Century to Ctrip.com International, which touts itself as China's leading online travel agency, and the two are exploring a possible further partnership.

The Carnival MOU may also lead to developments that bolster Fincantieri in a future when China inevitably gets into cruise ship building, as experts predict.

For some time a debate has raged about whether European builders should 'risk' transferring their specialist cruise ship knowledge to China. The Carnival news signals Fincantieri is taking a new stance.

Recently a European shipbuilding consultant who has been in at the ground floor of the development of the Chinese cruise market told Seatrade Cruise Review he advocates for European involvement since the Chinese 'are going to do this with or without them.'

Raoul Jack, principal consultant of PFJ Maritime, said that as more ships sail in the area, more suppliers will move in to look after those ships and more refits will take place in Chinese yards, which also brings in more suppliers.

'So it will not take long for a network to evolve so that what they need for the ships is being manufactured locally. Then it is a whole new ball game,' Jack stated.

He added that within five years, Chinese yards will have built up the capability to construct a cruise ship. 'But the design will still have to come from Europe so the opportunity will be there for European shipbuilders to set up in China under license or as a joint venture,' Jack said in Seatrade Cruise Review's September cover story.