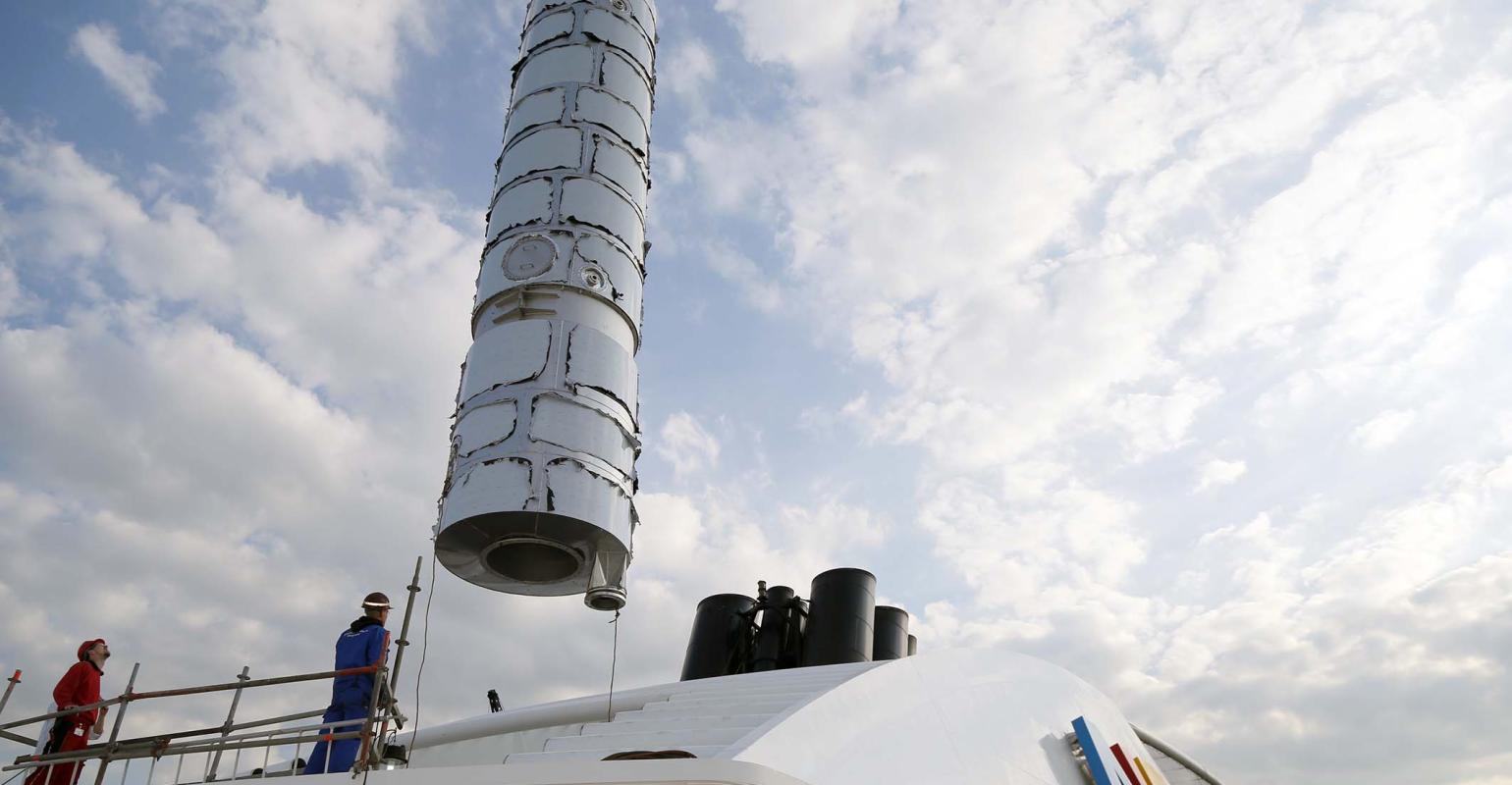 Carnival Corp. & plc launched a microsite to tout its use of 'advanced air quality systems,' yet another name for exhaust gas cleaning systems or scrubbers.

The site provides background information, videos, animations, photos and graphics to highlight the environmental benefits of this widely accepted technology, which has been under attack by critics who insist on the use of low-sulfur fuel — period — to meet the IMO's tougher global sulfur limits in 2020.

The critics voice concerns about the wash-water quality of open-loop scrubbers and point to occasional failures, such as those that came out in a report on Carnival's first year of probation related to a criminal pollution case.

Carnival Corp., which has installed advanced air quality systems on 77 of its ships, the bulk of its fleet, mounts a strong defense of their efficacy in the new microsite.

It notes scrubbers have been used for decades on land as a proven and effective way to significantly reduce sulfur oxide and particulate matter produced by an engine's operation. Carnival Corp. began adopting this technology in 2006, by finding a way to operate it efficiently and effectively in the small confines of a cruise ship.

'Our advanced air quality systems are an important part of our strategy to improve air quality in port and at sea, a strategy that also includes the use of liquefied natural gas, shore power and marine gasoil,' said Mike Kaczmarek, SVP marine technology for Carnival Corp. He added that Carnival decided to launch the dedicated website to 'help educate the public' on this technology as a solution for 'meeting and exceeding the upcoming IMO regulations, while we continue to expand the technology throughout our fleet.'

As of this month, Carnival Corp. has installed over 220 scrubbers on 77 of the more than 100 ships in its fleet, with a goal of installing nearly 400 scrubber systems over time in its multi-engine ships. By 2020, the company expects 85% of its global fleet to be fitted with the systems, an investment of more than $500m.

The new website includes several third-party scientific studies that validate the use of scrubbers to meet and exceed air and water quality standards with no adverse impact on the environment. A new study that includes third-party analysis by classification society DNV GL found the technology is a safe and effective means for compliance with the IMO's 2020 requirements.

The study concluded that the wash-water samples from the scrubber systems were below the limits set by several major national and international water quality and land-based water discharge standards, even when compared to criteria like the World Health Organization's drinking water guidelines. When measured against IMO standards, the average wash-water test results in this study were over 90% lower than IMO limits. In the majority of samples, the materials were completely undetectable in laboratory testing.

The site maintains that scrubbers in many ways outperform low-sulfur MGO in providing cleaner overall air emissions from ships. The systems remove almost all of the sulfur from engine exhaust and about 75% of particulate matter, and they are especially effective in removing small particulates. Additionally, Carnival Corp. said studies show that exhaust from these systems contains proportionally fewer polycyclic aromatic hydrocarbons and less nitrogen oxide when compared to MGO emissions.