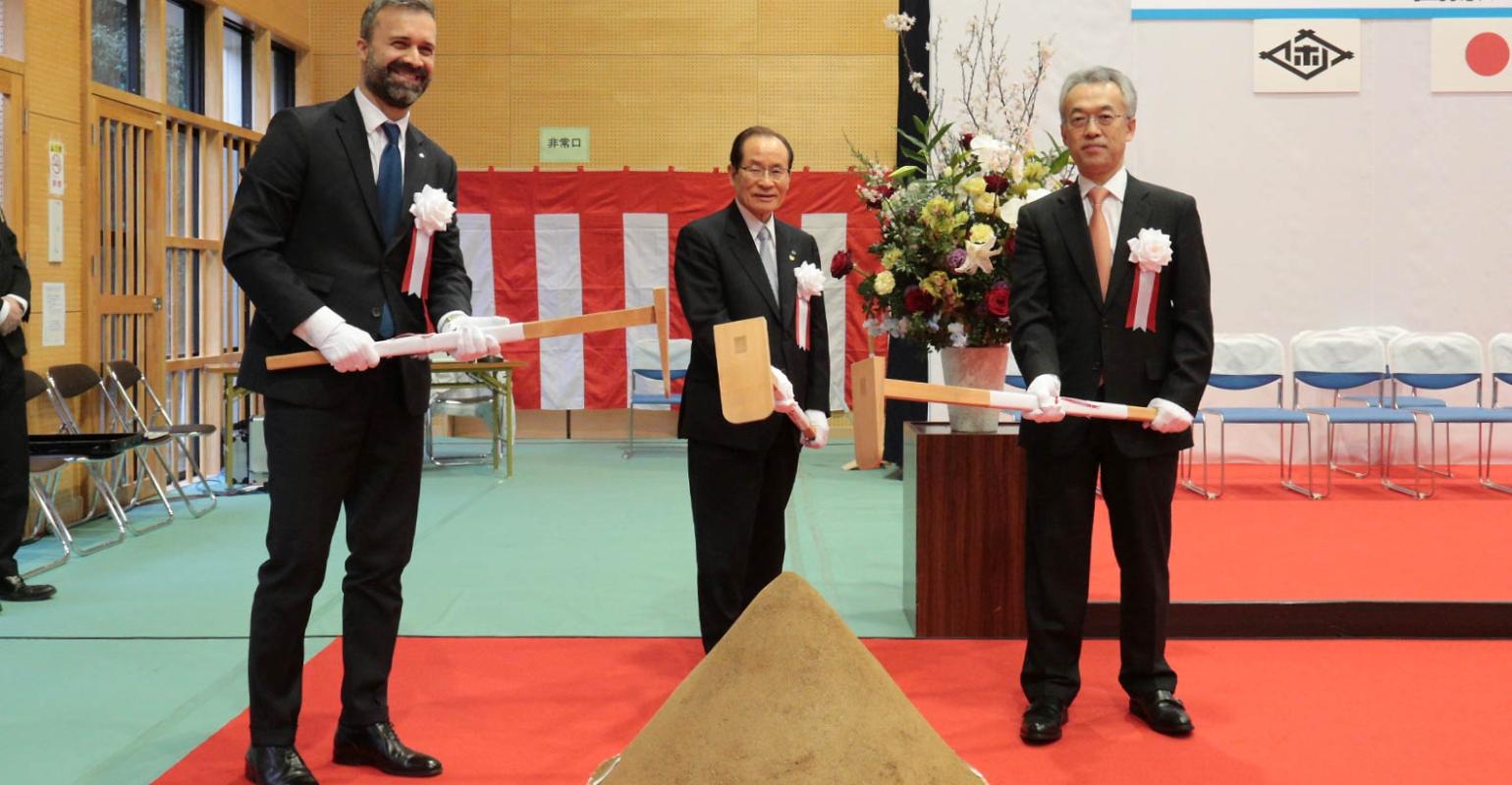 Carnival Corp representative Mario Zanetti, president of Costa Group Asia, left, at today's signing ceremony in Sasebo
Carnival Corp & plc today signed a first-of-its-kind, long-term strategic partnership with the Japanese port city of Sasebo. Under the agreement, Carnival will invest in the construction of a new terminal to be operational by 2020. The cruise group will also be granted berthing preference as part of the arrangement.

Over 100 guests attended the announcement ceremony, including Norio Tomonaga, mayor of Sasebo, and Hodo Nakamura, governor of Nagasaki, along with Kikuchi and other government agencies of Japan’s Ministry of Land, Infrastructure Transportation and Tourism.

This long-term agreement supports the Japanese government’s initiatives to develop the country’s ports by 2020, in advance of the Tokyo Olympic Games.

President of Costa Group Asia, Mario Zanetti, highlighted the groundbreaking nature of the public/private partnership and stressed the strategic importance of the partnership to Carnival Corp: ‘Through our long-term investment in the port of Sasebo, and hopefully additional Japanese ports, we hope to facilitate the rising demand for travel in this important region, allowing even more people from around the world to discover the beauty of Japan.’

He added, ‘We also believe that there is significant potential in collaborating with the government to develop certain Japanese ports into turnaround ports to promote more fly-and-cruise packages out of Japan.’

As part of these efforts – led by Michio Kikuchi, director general of the Ports and Harbours Bureau of Japan’s Ministry of Land, Infrastructure Transportation and Tourism – Japan has opened a number of public/private partnership opportunities, of which Carnival Corp currently has the most number of committed ports.

Japan’s ports have witnessed exponential growth in visitors over the past few years, and as cruises continue to increase in popularity in Asia, this trend is expected to put increased strain on Japan’s existing port infrastructure.

Carnival Corp currently has the largest cruise presence in Japan, including over 870 calls in 45 ports, carrying an estimated 1.8m passengers in the market.