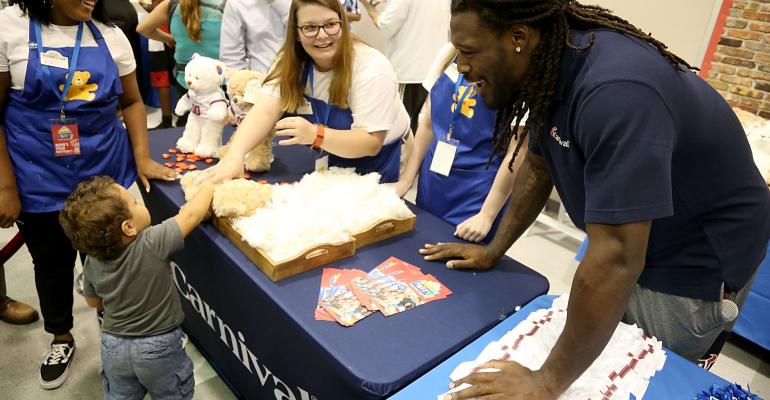 Carnival Cruise Line and the Houston Texans teamed up to host the first Summer Kickoff event with a variety of activities for kids at the Havard Boys & Girls Club in Houston.

Carnival is the official cruise line of the Houston Texans as well as the state’s biggest cruise operator with three year-round ships carrying more than 650,000 passengers annually from the Port of Galveston.

During the event, Houston Texans players Jadeveon Clowney and Johnathan Joseph hosted a variety of activities that taught gridiron fundamentals to kids. The youngsters also had a chance to create their own furry friends with an on-site Build-A-Bear Workshop, part of the many family-friendly activities available on Carnival’s ships, which are expected to carry a record 800,000 children this year.

Face painting, treats from Carnival’s shipboard confection store Cherry on Top and photo with Houston Texans Cheerleaders were available, too.

From Galveston Carnival Triumph, Carnival Freedom and Carnival Breeze together operate more than 200 four- to 14-day cruises to the Caribbean, Bahamas, Mexico, Florida and Central America.