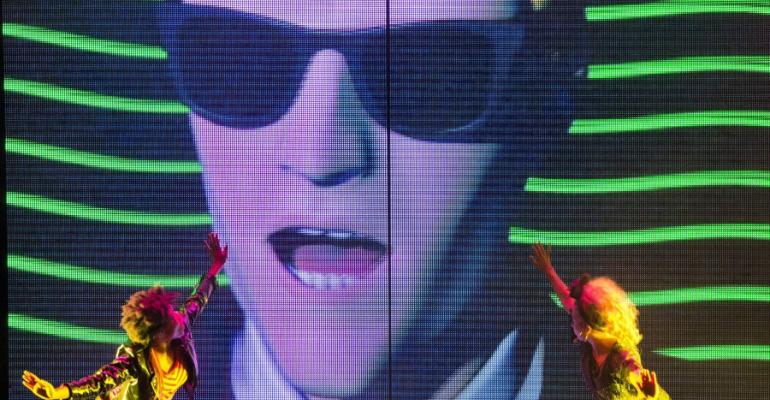 '80s Pop to the Max' channels music video hits from the 1980s, from the pop-rock of Duran Duran and Cindy Lauper to the soul of Whitney Houston and Michael Jackson.

'Heart of Soul' captures romantic moments with R&B and soul hits from singers like Aretha Franklin, Stevie Wonder, Otis Redding, Ray Charles and Al Green. In a twist, six passenger couples are chosen for a night of romance with VIP seats, champagne and flowers.

'88 Keys: The Rock 'n’ Roll Piano Show' highlighted by sing-along hits from Billy Joel, Little Richard and Jerry Lee Lewis and others, as well as an appearance by Carnival Freedom’s own piano bar pianist.

The revues were created by Carnival Cruise Lines' in-house entertainment team which has been expanded with three new members hired to conceive, develop and roll out the productions.

The company also partnered entertainment industry talents including Emmett Murphy, who has developed popular stage performances in Las Vegas including 'Sin City' at Planet Hollywood and 'The Beatles LOVE' at the Mirage Hotel and Casino; Jennifer Savelli, whose experiences span Broadway and Hollywood to Vegas and MTV, and Marcos Santana, whose Broadway credits include serving as choreographer for 'Rock of Ages' and dance captain for 'Guys and Dolls.'