Carnival, HAL, Princess to up accessible cabins in US disability settlement 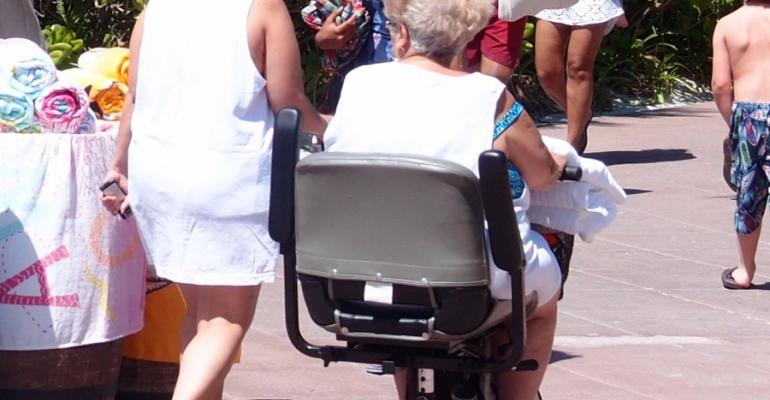 More accommodations for travelers with disabilities are required in what the US is calling a 'landmark' agreement (Photo: Anne Kalosh)

Carnival Corp. agreed to provide features for disabled travelers in 3% of the accommodations on ships belonging to Carnival Cruise Line, Princess Cruises and Holland America Line under a settlement with the US Department of Justice.

The settlement covers a total of 62 ships—55 in service and seven others in the design and construction phase.

The US called it a 'landmark' agreement.

The US had investigated Carnival Corp. for alleged violations of the ADA after receiving complaints of discrimination. Examples include allegations the cruise lines had failed to provide accessible seating at dining and entertainment venues, did not provide accessible cabins to individuals with mobility issues and did not give people with disabilities the same opportunities to participate in programs and services including getting on and off the ship.

Under the settlement, Carnival Corp. will pay $55,000 in penalties and $350,000 in compensation to passengers who claimed they were discriminated against.

In addition to providing accessibility features in more accommodations, the cruise lines are to ensure individuals with disabilities are able to reserve accessible cabins and suites with specific available options and amenities, and to guarantee reservations for accessible cabins.

Carnival also will create an executive-level position to oversee ADA compliance and train shipboard personnel in accessibility matters including policies and procedures, etiquette when dealing with individuals with disabilities and the process for responding to ADA requests and complaints.

During the investigation Carnival presented evidence that it has maintained policies, practices and procedures regarding accessibility and has provided some accessible cabins and other accessible features, the Justice Department noted.

Under the settlement, Carnival did not admit any wrongdoing.

The company said it was pleased to have reached this agreement with the US government borne out of a cooperative effort.

'We have historically maintained a strong focus on accessibility and have a longstanding track record of meeting the needs of all our guests. We will continue to do so with even more enhancements in staff training, accessibility policies and communications, as well as additional shipboard accessibility features,' Carnival Corp. spokesman Roger Frizzell said.

The settlement was announced Thursday on the 25th anniversary of the Americans with Disabilities Act.

A fact sheet is here.