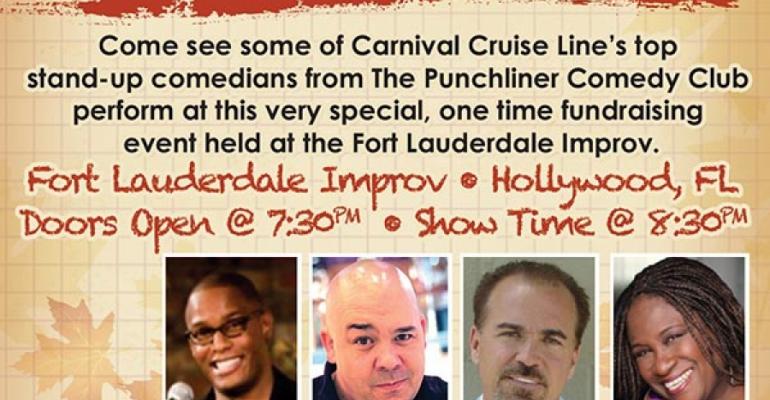 Four of Carnival's most popular comedians will appear for the benefit

The Fort Lauderdale Improv will be transformed into a Carnival Cruise Line Punchliner Comedy Club for one night as part of a fundraiser benefiting Kids in Distress of Broward and Palm Beach Counties.

Funds raised from the show will be used to help Kids in Distress, a nationally accredited agency working for the prevention of child abuse, preservation of the family and the treatment of abused and neglected children.

The evening will feature 30-minute sets by four of Carnival’s most popular comedians—Vince Morris, Jason Blanchard, Pat Godwin and Thea Vidale—who have entertained in the shipboard comedy clubs as well as comedy venues throughout the country.

Tickets are $25 per person. The Fort Lauderdale Improv is located at the Seminole Hard Rock Hotel & Casino at One Seminole Way, Hollywood, Florida.