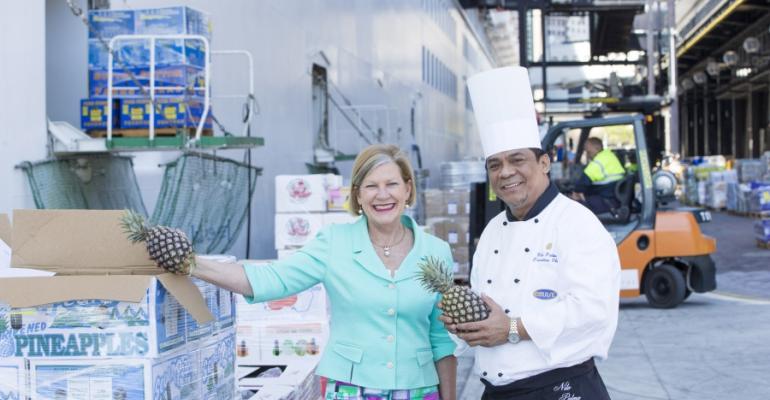 Australia’s record-breaking 2015-16 wave season is under way with the arrival of Princess Cruises’ Diamond Princess in Sydney Tuesday.

The 115,875gt ship that carries 2,706 lower berth passengers will be based in Sydney until April next year.

Over the coming months Carnival Australia will have an unprecedented 22 ships from its seven cruise lines sailing in Australian waters including more than 170 calls at the gateway port of Sydney.

Sherry said among them the 22 ships will carry more than 530,000 passengers, higher than the population of Tasmania.

The ships will make 538 turnarounds and transit calls to Australian ports from now until the end of April 2016—21% more than in 2014-15, adding significantly to the industry’s estimated A$4bn economic contribution.

The 22 ships represent a 10% increase on last year’s wave season and include P&O Cruises Australia’s Pacific Aria and Pacific Eden which will join the company’s existing fleet of three in November, six Princess Cruises ships including Golden Princess making its maiden deployment in Australia and two Carnival Cruise Line ships.

Holland America Line will have three ships in Australia during the wave season, including Noordam’s inaugural programme. All three Cunard Queens will visit on world voyages, as well as two ships from P&O Cruises World Cruising and one ship from Seabourn.

Sherry said one of the standout features of the cruise season is the vast quantity of Australian primary produce that Carnival Australia’s brands purchase.

She said this makes the local agriculture sector one of the big winners from cruising.