Carnival Liberty cruisers are being flown back from St. Thomas 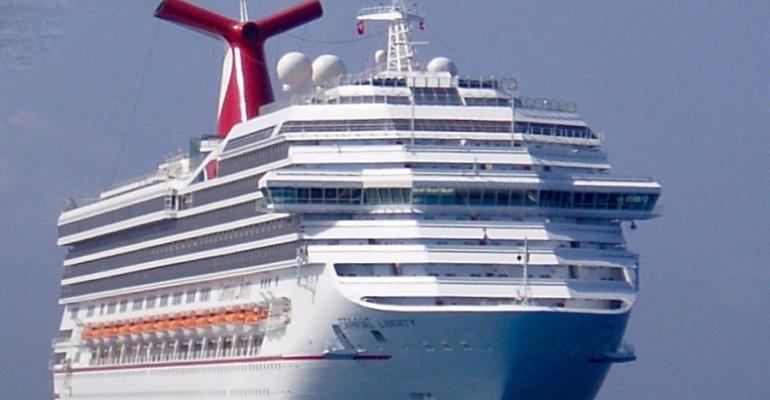 Carnival Liberty currently has a maximum speed limitation. In San Juan, a technical team will continue to work on the ship, pictured here in a file photo (Photo: Anne Kalosh)

Passengers aboard Carnival Liberty, which sustained a fire in the aft engine room that was put out with no injuries, will be flown home from St. Thomas, Carnival Cruise Line said late Tuesday night. The ship remains alongside at Charlotte Amalie and is to return to its San Juan homeport later this week.

Future voyages are scheduled to operate as planned.

Carnival said that given the limited availability of commercial flights from St. Thomas, most passengers will be flown out via chartered aircraft. Charter flights were to begin Wednesday afternoon.

Currently Carnival Liberty has a maximum speed limitation, a Carnival Cruise Line spokeswoman told Seatrade Cruise News. The technical team will continue to work on the vessel once it reaches San Juan, the spokeswoman added.

Everyone is getting a full refund of their fare and a 50% discount on a future cruise. This is in addition to a $150 per person credit that has already been applied to shipboard accounts.

Carnival said all hotel services including air conditioning, elevators, toilets and galleys are fully functional and the ship's normal activities, entertainment, dining options and programming continued to be offered while passengers were aboard. The line provided free shuttle service to popular areas on St. Thomas during the extended stay there.

The fire, which broke out while Carnival Liberty was alongside at Charlotte Amalie late Monday morning, was extinguished by the automated CO2 and Hi-Fog suppression systems. Technicians, the flag state (Panama) and US Coast Guard investigators have been looking into what caused the fire.

Carnival Liberty had sailed Sunday from San Juan on what was scheduled as a seven-day cruise carrying 3,346 passengers and 1,150 crew.