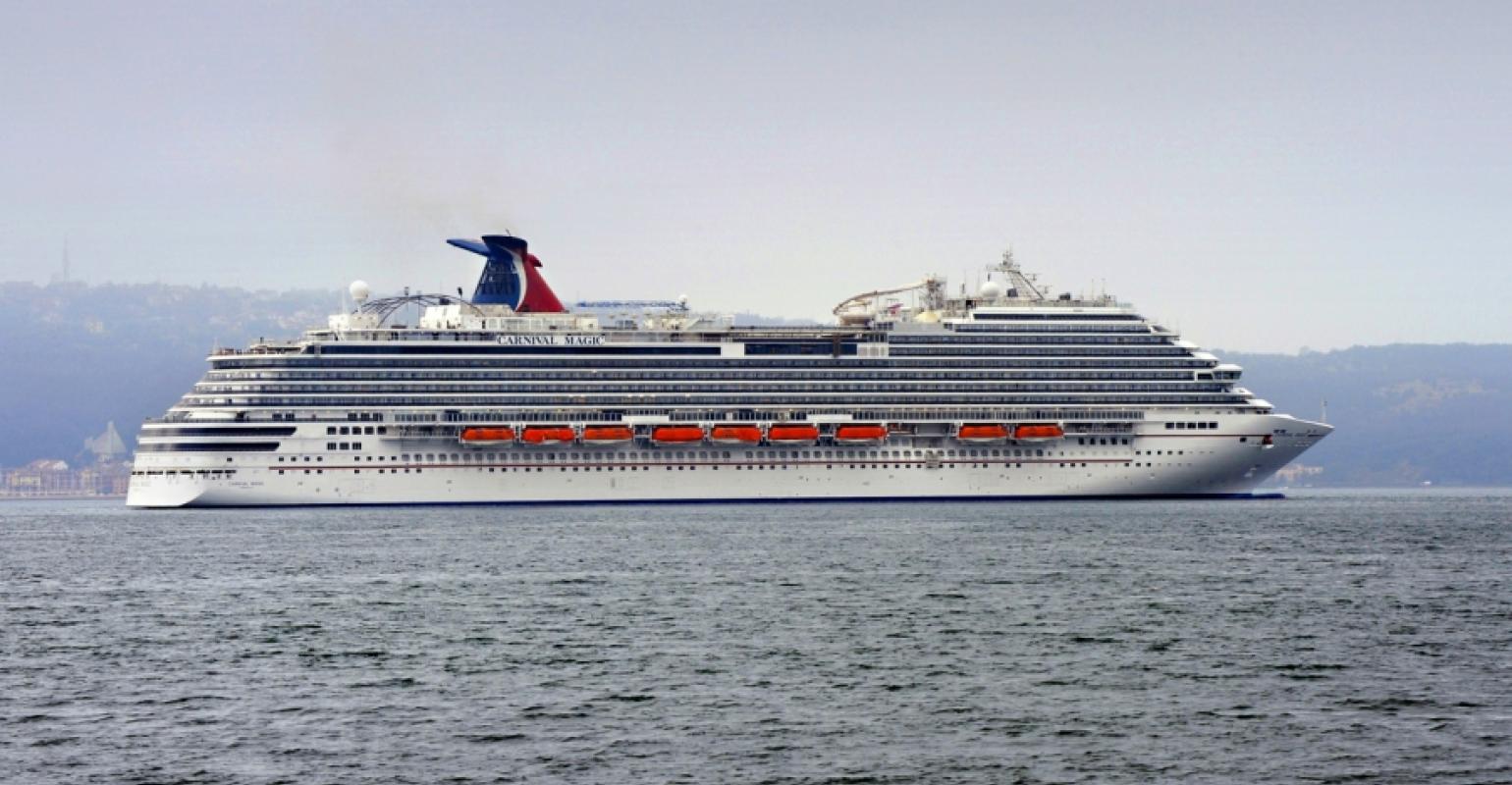 Carnival Cruise Lines reported a 'smooth debark' for Carnival Magic Sunday morning at its Galveston homeport. US public health officials boarded the ship shortly after its 4:30 a.m. arrival to conduct a final screening of the lab worker who may have processed Ebola samples in early October; additionally, a blood test confirmed she was not infected.

The woman and her husband disembarked shortly after Carnival Magic was cleared at 7 a.m. and drove themselves home.

'There is no evidence of a public health threat to cruise passengers or to Galveston County. The passenger and her travel partner have been allowed to disembark without restrictions,' the Galveston County Health Authority said in a statement.

Public health officials have required no special cleaning for the ship. However, Carnival said that to provide 'extra assurance for our guests, we are undertaking a very comprehensive and aggressive cleaning and sanitizing initiative prior to guests boarding for the next voyage.'

Embarkation was anticipated to start at 1 p.m. with departure expected on schedule.

The passenger, a supervisor in the laboratory at Texas Health Presbyterian Hospital where she 'may have processed' fluid samples from Ebola victim Thomas Eric Duncan, showed no signs of fever or illness 19 days later, according to a US Department of State spokeswoman on Friday.

Sunday marked 21 days. According to the US Centers for Disease Control and Prevention, symptoms may appear up to 21 days after exposure to Ebola, but the average is eight to 10 days.

'The woman had been self-monitoring, including daily temperature checks, since Oct. 6, and has not had a fever or demonstrated any symptoms of illness, the State Department said Friday, and Carnival reiterated Sunday. She also had been examined by Carnival Magic's shipboard doctor.

The woman and her husband had voluntarily quarantined themselves in their cabin after the CDC updated its requirements for active monitoring last week. At the time they left for the cruise, the CDC had required only self-monitoring.

On Friday, Mexican authorities failed to grant clearance for the ship at Cozumel. The day before, Carnival Magic visited Belize City, but the quarantined couple did not go ashore.

Carnival said it, like other cruise lines, requires medical screening questionnaires of all passengers prior to embarking. This covers travel history, contact with individuals who have traveled from the West African areas of concern and, added this week, a question about any contact with someone who has been diagnosed with Ebola.

'Yes' answers to any of these questions triggers a secondary screening which may result in denied boarding.