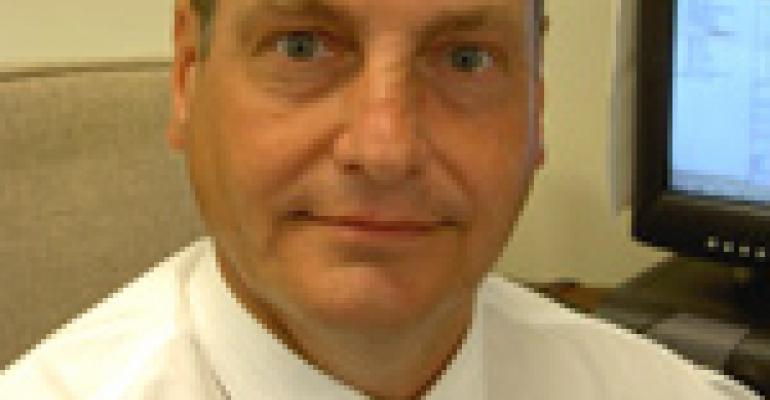 Ian Smith - began working on the Mardi Gras in 1981

Carnival Cruise Line ships will observe a moment of silence and the corporate flag will be lowered to half-mast Thursday morning in tribute to one of the company's longest and best-loved employees. Ian Smith, who began working on Carnival's first ship, Mardi Gras, and most recently served as vp housekeeping shoreside, died Saturday after a battle with cancer. He was 60.

'He was treasured here at Carnival and his death has affected many of our employees quite deeply,' said Jennifer de la Cruz, vp public relations.

'To say Ian has been an incredible contributor to our organization would be a gross understatement,' said his boss, Mark Tamis, svp guest operations. 'He will be sorely missed as a dedicated Carnival team member and leader, and most importantly as an even better person, friend and mentor to so many.'

A native of the UK, Smith was a 33-year Carnival veteran who began working on the Mardi Gras in May 1981. He steadily progressed into leadership roles within hotel management, and went shoreside in 2000. Two years later, he was named vp hotel services. Most recently Smith was vp housekeeping and guest operations leader for the Conquest-class ships.

Smith met his wife Natasa 21 years ago aboard Carnival Ecstasy. She remained by his side throughout his courageous battle with cancer, Tamis said. Smith died at home in Fort Lauderdale.

A moment of silence will be observed at 8 a.m. Thursday across the Carnival fleet, and the corporate flag will be at half mast.