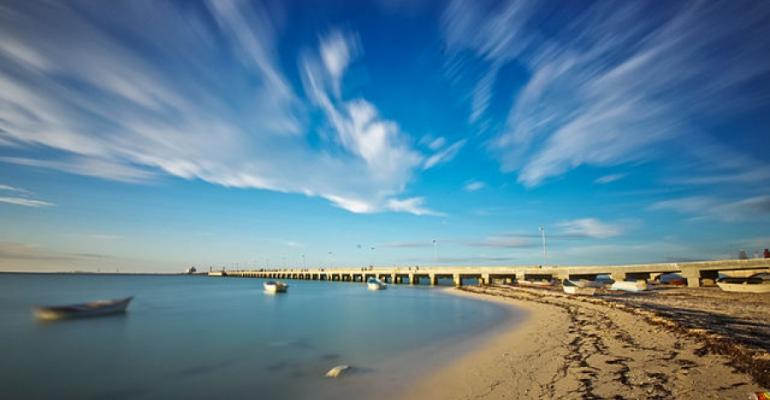 With larger ships to call at the Yucatán port of Progreso in coming years, Carnival Cruise Line seeks a Mexican partner to come up with some kind of authentic experience to engage visitors who don't book excursions.

Progreso serves as a gateway to the magnificent Mayan ruins at Chichen Itza and the beautiful colonial city of Mérida. Carnival offers numerous ways to experience those highlights, plus excursions to the Mayan sites of Uxmal and Dzibilchaltun. Other tour choices include dune buggy or ATV beach adventures, biking, snorkeling or kayaking.

But there's not enough to do for those who don't purchase a tour, Thornton said. Currently only 30% to 40% of cruisers buy excursions, so that means most are on their own in Progreso.

Carnival will be delivering more passengers to the destination as Gulf of Mexico homeports gain larger ships.

Both ships' four-day cruises stop at Cozumel, while five-day itineraries include Cozumel and Progreso.

Ships dock at the end of a long pier and shuttles transfer passengers to shore in a 10-minute trip. Thornton said Progreso has an appealing malecón (waterfront) and a crafts market but touristic offerings beyond that are limited in this small city.

So Carnival sees the potential for investing to create some kind of distinctive experience. 'We're open to a variety of ideas but we know our guests like the Grand Turk-type of experience with a pool, food and beverage and retail,' Thornton said.

For many Carnival cruisers Mexico is exotic; they need 'a bit of a cocoon,' as he put it. Thornton envisions a possible water-based attraction but wants it to be 'authentic: Mexican, local.

'We will always work with our Mexican partners. They're more knowledgeable,' he said.

It takes a certain volume of visitors for an investment to make sense. Starting in the spring Carnival's passenger count will begin to rise and, by 2017, numbers may be strong enough to merit an investment.