Carnival shifts a number of Jamaica calls to Falmouth 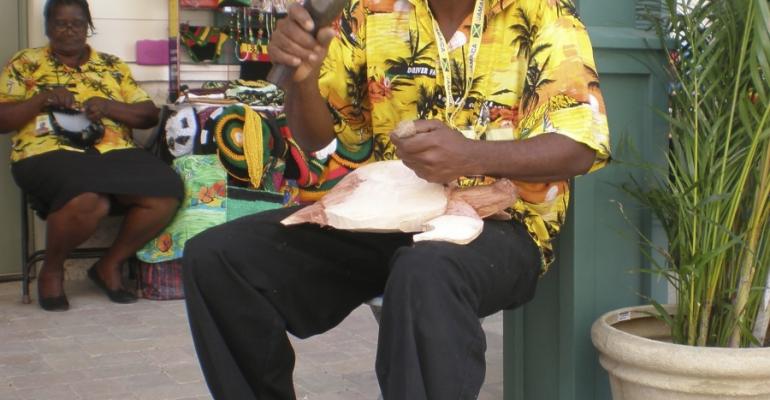 Carnival Cruise Lines will increase calls to Falmouth in 2015, mainly with Carnival Breeze, while continuing to use Ocho Rios and Montego Bay.

The move is 'to diversify the guest experience in Jamaica,' according to Carlos Torres de Navarra, vp commercial port operations for Carnival. He said Carnival is Jamaica's largest cruise customer outside of Falmouth, and the line will use Falmouth, Montego Bay and Ocho Rios extensively in 2015 with multiple Carnival ships calling at each port.

The Port Authority of Jamaica and Royal Caribbean Cruises Ltd. teamed on the 'Historic Falmouth Jamaica' cruise facility, initially to accommodate Oasis-class ships. As it turned out, Falmouth has drawn a wide range of vessels and lines, from Disney to the occasional Fun Ship. Subsequently, the port authority has been working to apply lessons learned in Falmouth to Ocho Rios and Montego Bay. In both those ports, infrastructure improvements have been implemented or are planned, supported by marketing campaigns.

Carnival's decision to use Falmouth more extensively 'demonstrates how strong the Falmouth brand has become in such a short period of time,' said William Tatham, vp cruise shipping and marina operations for the Port Authority of Jamaica. 'The feedback from the port has been overwhelmingly positive so it is no wonder other cruise lines will want to call on the port.'

News reports in Jamaica said tourist harassment has played a role in ships moving away from the traditional ports, and cited Tatham as well as a senior police superintendent as stating changes are under way and incidents are down—due, at least in part, to Ministry of Tourism action.

'We are working with the port and the Ministry of Tourism to improve the guest experience in Ocho Rios and Montego Bay, which includes the shore excursion product as well,' Torres de Navarra told Seatrade Insider. He added that Carnival is 'encouraged by the renewed sense of interest in the guest experience being demonstrated by Professor Gordon S‎hirley and Minister Wykeham McNeill.'

Shirley is president and ceo of the Jamaica Port Authority and McNeill is minister of tourism.

Tatham noted Royal Caribbean International and Celebrity Cruises have returned to Ocho Rios this season with calls by Liberty of the Seas and Celebrity Reflection.

'All in all the Jamaica brand keeps getting stronger,' he said, adding that 2014 will be a record year with just over 1.4m cruise passengers. 'And we expect to beat that by an additional 100,000 in 2015,' Tatham wrote in an email.