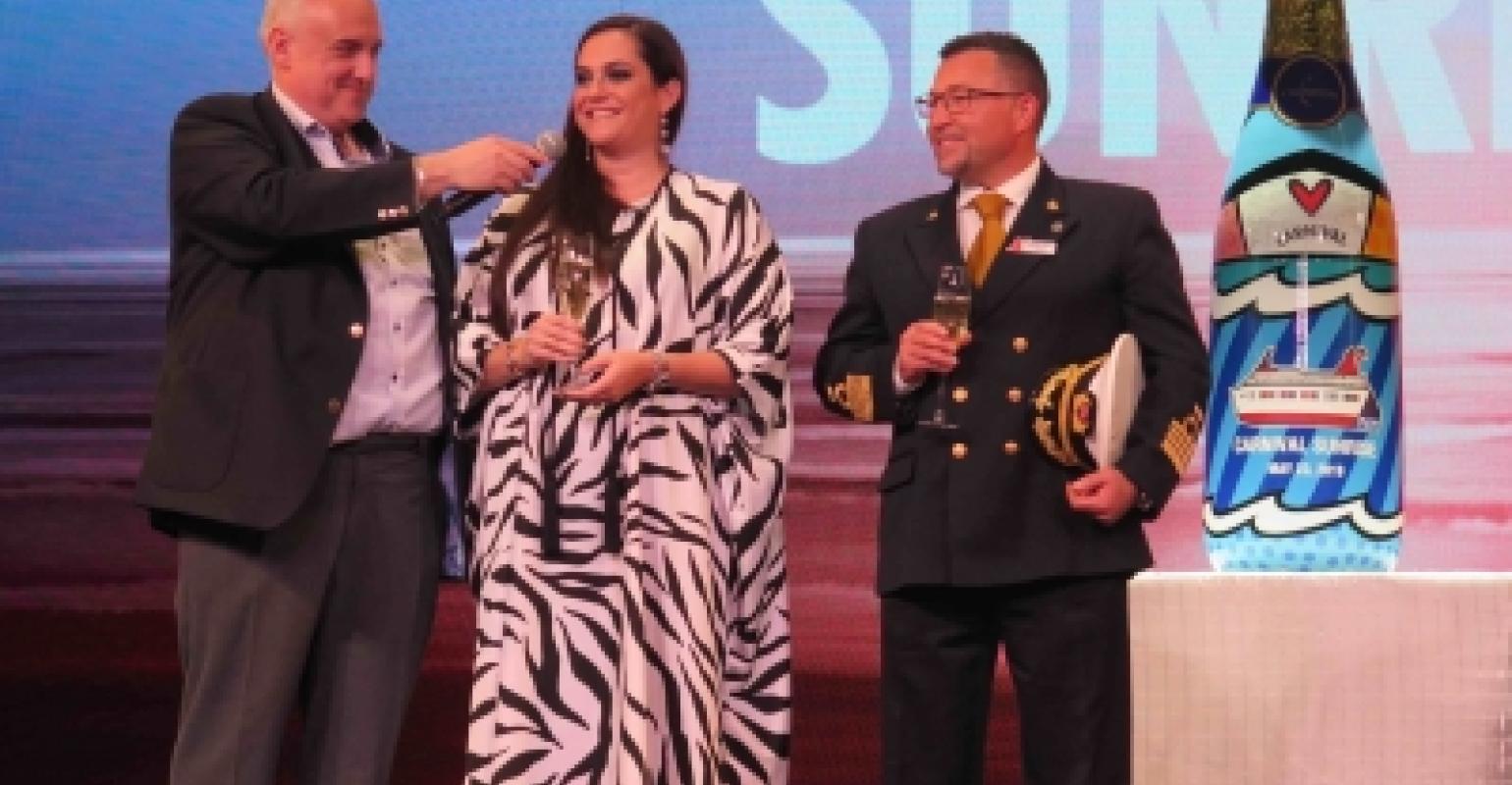 Kelly's brother Nick, CEO of The Miami Heat, was on hand — and their dad Micky Arison — and when an image of Madeleine with the kids as young children flashed on the screen, there was a collective 'Awwww' from the audience.

'We were all part of something brand new. I was thrilled to be a part of it,' Gifford said, maintaining she was a young 'unknown' who was Carnival's 'fifth choice' for the part.

'You guys were onto something so early,' she told Carnival officials in the audience including Micky Arison, whose father Ted founded the brand. Gifford recalled the bold move of launching a $10m TV advertising campaign. Initially she sang the catchphrase 'Carnival's got the fun' and, later, 'If they could see me now, on a Fun Ship cruise!'

The genius of Carnival

'The genius of Carnival is that they understand what people want (fun),' Gifford continued. 'I'm honored to have my little place in history' as the line's original spokeswoman, she added.

Noting what an honor it is to serve as a ship's godmother, Gifford mentioned that Kelly's grandmother Lin Arison is a godmother, along with mother Madeleine, 'and one day, probably your daughter, too, God willing.'

For the actual naming, Kelly was joined by Capt. Isidoro Renda and Carnival Cruise Line brand ambassador John Heald on stage in the Liquid Lounge to toast the ship, which underwent a $200m transformation into Carnival Sunrise. They stood beside an oversized Champagne bottle that had been special decorated by pop artist Romero Britto, who was present.

As well, the festivities shined a light on Kelly Arison's special cause, the Ehlers-Danlos Society, with Carnival President Christine Duffy presenting a $50,000 donation to the Society.

'This is one of the most successful refurbishments we have done,' Duffy said, adding the ship has received 'rave reviews' since its return to service in April. 'We've set a new bar,' she said, for the project, part of a whopping $2bn fleet enhancement since 2011, which will finish next year when Carnival Victory is updated and renamed Carnival Radiance.

Carnival Sunrise's naming at the Manhattan Cruise Terminal took place exactly one year to the day of Carnival Horizon's naming in the same location.