Carnival thanks the troops with barbecue at Marine Corps Air Station 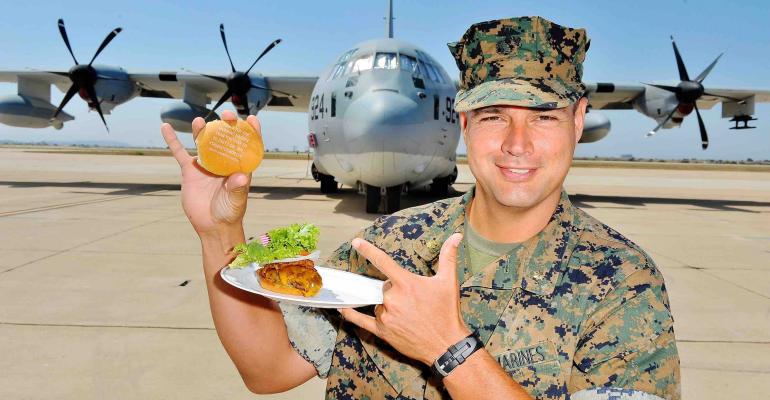 The event featured burgers whose buns were lasered with messages of thanks to service members using a culinary laser printer.

Americans were encouraged to show their appreciation of the military by tweeting and posting messages of gratitude via Twitter, Instagram and Facebook using hashtag #ThankYouBurger, More than 15,000 thank you messages were transmitted in real time to a tech-enabled grill at the base in San Diego, and then laser printed onto burger buns and served during a backyard barbecue themed event.

This special event was part of a continuing partnership between Carnival and Operation Homefront. Last year, hundreds of military families were welcomed aboard the company’s newest ship, Carnival Vista, prior to its inaugural sailing from the US. The festivities culminated a year-long campaign called Honor.Family.Fun that helped raise funds and awareness for Operation Homefront.