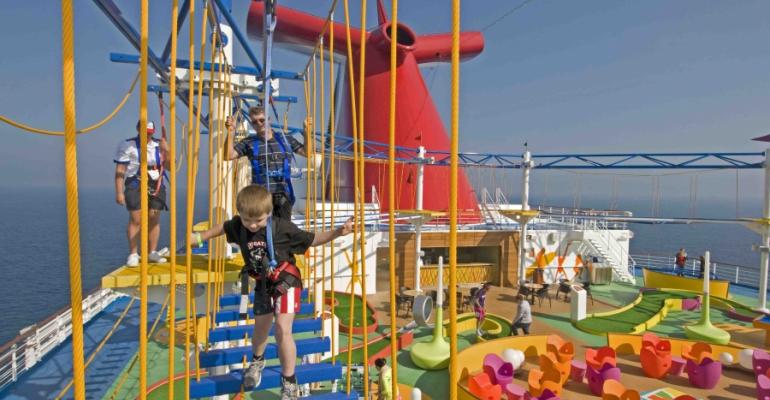 Carnival Cruise Line will expand its Port Canaveral capacity on three- and four-day Bahamas cruises by 34% and deploy its newest class of ship on seven-day Caribbean voyages in 2016. The news follows Royal Caribbean's plan to position Oasis of the Seas in Canaveral from late 2016.

Carnival will enhance its short Bahamas cruise program with Carnival Victory replacing Carnival Sensation on this route in February next year. Besides adding capacity the larger, newer ship offers more features and amenities and more than 500 balcony staterooms.

In turn, Carnival Sensation, whose features include WaterWorks and a Serenity adults-only retreat, will shift to Miami in February 2016 to operate year-round four- and five-day cruises.

'We are significantly "upping our game" in Port Canaveral with the addition of these great new ships to the important and growing Central Florida market,' said Carnival president Christine Duffy.

Currently based in Miami, Carnival Victory will reposition to Port Canaveral Feb. 25 next year, dramatically expanding the line’s short-cruise capacity on this program. Three-day cruises depart Thursdays and visit Nassau, while four-day cruises sail Sundays and call at Nassau and Freeport.

Carnival Victory subsequently will move to another homeport.

Carnival Magic will join Carnival Sunshine which offers seasonal five- to eight-day Caribbean voyages from Port Canaveral and is the only Carnival ship to offer all of the Fun Ship 2.0 features, along with extras like the Speedway Splash water attraction, Ji Ji Asian Kitchen and the Latin-infused Havana Bar.