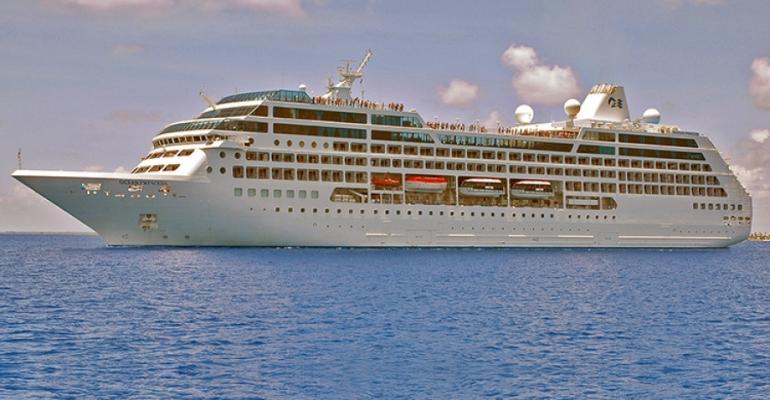 The 688-berth Ocean Princess is for sale

With the newbuild orderbook returning to the peak level not seen since 2007, is Carnival management worried about supply? Morgan Stanley analyst Jamie Rollo asked during the cruise giant's earnings call Tuesday.

'We're not worried,' president and ceo Arnold Donald responded. 'In general, there's still not a huge capacity increase in the industry. We're helping by being very measured,' he added.

According to Seatrade Insider, the current orderbook consists of 31 firmly contracted ocean-going cruise ships totaling 100,075 berths for delivery through 2019, not counting options. Of those, the Carnival group has a modest eight newbuilds—Costa Diadema this year, P&O Cruises' Britannia and AIDA Cruises' AIDAprima in 2015; Holland America Line's Koningsdam, Carnival Vista, a Seabourn ship and an AIDA vessel in 2016; and a Princess ship in 2017.

There may be capacity withdrawals. Donald confirmed plans to sell the smaller Princess vessel, Ocean Princess. The 688-berth ship, built in 1999 as R Four, has been on the market.

Also, deployment makes a difference, the Carnival chief pointed out. Concerns arise when berths are clustered in a region.

Carnival cfo David Bernstein added that quite a bit of demand growth is expected in emerging markets, particularly Asia and China. This should help absorb capacity and also will benefit established markets.