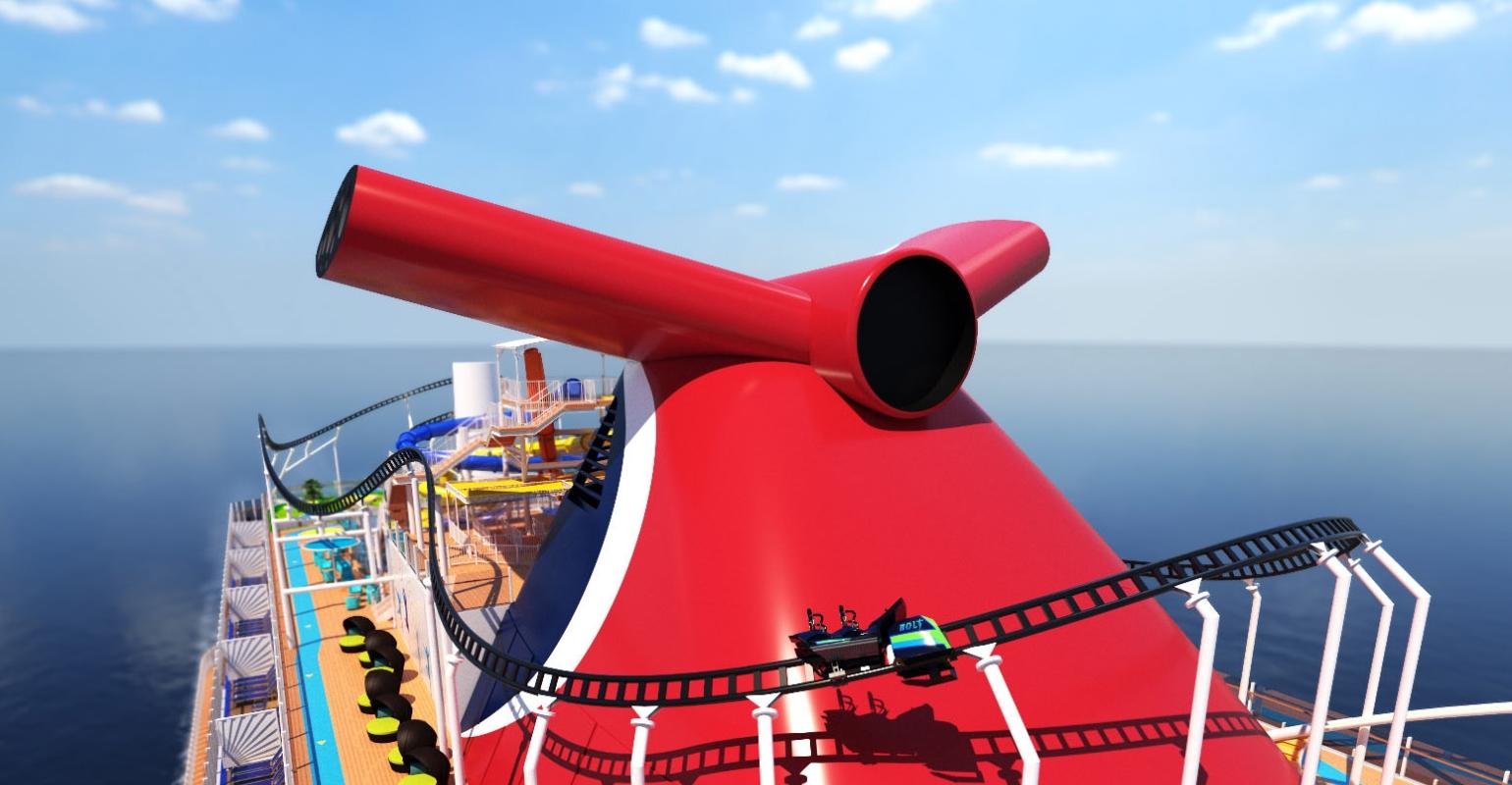 BOLT riders race along a track 187 feet above sea level, finishing with a hairpin turn around the funnel
It's been dreamed about for years as the ultimate crazy thing to have on a cruise ship, and now somebody is finally doing it—a roller coaster. Carnival Cruise Line's 2020 newbuild Mardi Gras will feature a track that loops around the funnel and out over the sea.

BOLT is an all-electric roller coaster that allows two riders in a motorcycle-like vehicle to race along a track 187 feet above sea level, with breathtaking 360-degree views.

BOLT begins with an action-packed launch where riders can achieve race car-like levels of acceleration and culminates with a high-powered hairpin turn around the funnel. Speeds are posted after the race and, just like land-based roller coasters, participants have their photo taken during the ride for a memorable keepsake. Riders choose their own speed.

Mardi Gras will sail from the newly built Cruise Terminal 3 at Port Canaveral.

Itinerary information will be revealed early next month with additional details about Mardi Gras features announced throughout the year.

Construction of a second XL-class ship is scheduled to start in 2020 at Meyer Turku for delivery in 2022 to mark the 50th anniversary of Carnival Cruise Line’s founding.