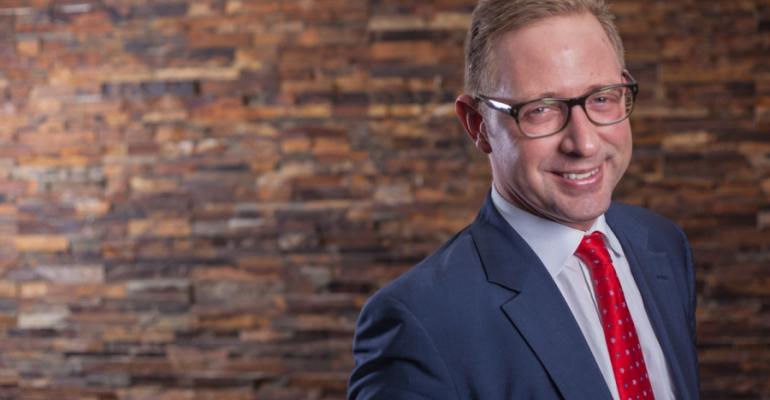 'We are in every sense a maritime business holding true to great seafaring traditions and adhering to the law of the sea,’ Taylor said.

He was speaking to more than 400 delegates who are at ‘Maritime 2014’ which opened at Crown Towers in Melbourne’s Southbank yesterday and closes tomorrow.

The long list of keynote speakers include International Maritime Organization secretary-general, Koji Sekimizu and the Deputy Prime Minister of Australia and Minister for Infrastructure and Regional Development, Warren Truss.

Taylor’s topic was ‘Cruise Shipping 2015 and Beyond’ and he outlined the phenomenal growth of the industry.

‘Last year a record 834,000 Australians cruised. Next year we will reach a million passengers, five years earlier than forecast.

‘Customer service delivering wonderful experiences at exotic destinations, many of which can only be reached by cruise ship, is the basic business model -- our reason for being.’

He outlined the company’s commitment to ensuring South Pacific island communities benefit from cruising and said a recent study found that cruising contributes nearly A$40m to the economy of Vanuatu and supports 3,000 local jobs.

‘Updating navigational charts to open up new destinations is the next big thing that needs to be done to enable cruise ship calls to benefit more island economies,’ he said.

He said there will be more ships and many more passengers in the future and cruising will continue to grow on its already remarkable
growth trajectory.

He said a ‘cruise ship highway’ now exists reaching out from and around Australia.

‘Over the next two years nearly a quarter of Carnival Corporation’s worldwide fleet of 100 ships will sail in Australian waters, either year round, seasonally or while visiting on world voyages,’ he said.

‘It is great to know that the many thousands of passengers who will cruise on these ships will be able to do so with confidence because the safety and security of our passengers and crew is indeed our top priority.'