Carnival's Thornton on China, Australia and 'cool' plans for the Caribbean (**updated**) 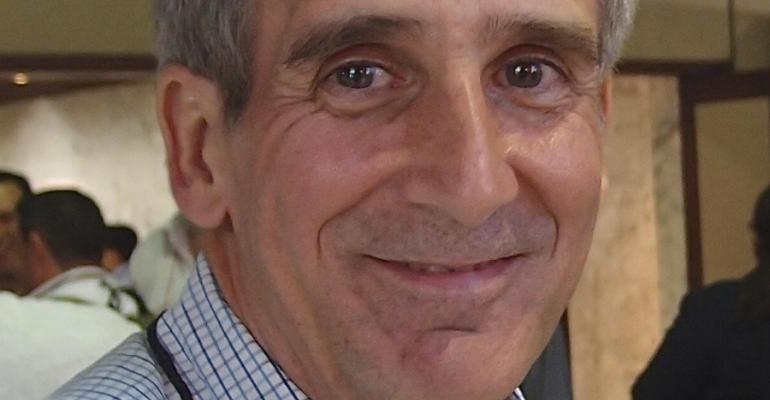 Terry Thornton - expects Carnival to 'do some cool things' in the Bahamas/Caribbean (Photo: Anne Kalosh)

Carnival Miracle will be redeploying to China in early 2018, followed by Carnival Spendor a year later. Both will be based there full-calendar.

Carnival is establishing operations in China in partnership with sister company Costa Asia, which has been in the market nine years. Besides leveraging that relationship, Carnival will have its own dedicated marketing team in Shanghai, Thornton said.

In Australia he works closely with vp Australia Jennifer Vandekreeke. This year her team took on responsibility for booking international itneraries after a general sales agent had been used for those since Carnival Spirit entered the market in 2012.

Myrmell, appointed president this year, is 'very, very capable ... very talented' and P&O is doing well after a big capacity uptick, which will level off in 2017-18, Thornton said.

When it comes to commercial port operations, Carnival is making some progress with a long-desired attraction or destination development in the Bahamas, and the door is more open now to Carnival Corp. in Bermuda, he added.

Thornton expects Carnival to 'do some cool things' in the Bahamas/Caribbean. The company continues to seek a good Mexican partner to develop an attraction in Progreso on the Yucatán Peninsula, a highly rated destination as long as passengers book excursions. However, there's not enough to do in the town itself so some type of family attraction is warranted.

'All the ports we've built here absolutely generate the highest guest satisfaction—not surprising since who knows our guests better than we do?' he said. Destinations like Grand Turk and Mahogany Bay now help sell the cruise.

With the change to his international role several months ago, Thornton reports to Lynn Torrent, evp sales and guest services, who expanded her scope by taking on commercial operations. Ken Tate, promoted to svp revenue management, added responsibility for deployment and itinerary planning—areas previously in Thornton's portfolio.

Thornton is among the speakers on Seatrade Cruise Global's 'The State of the Cruise Industry: Caribbean & Cuba' session, March 16 at the Greater Fort Lauderdale/Broward County Convention Center.