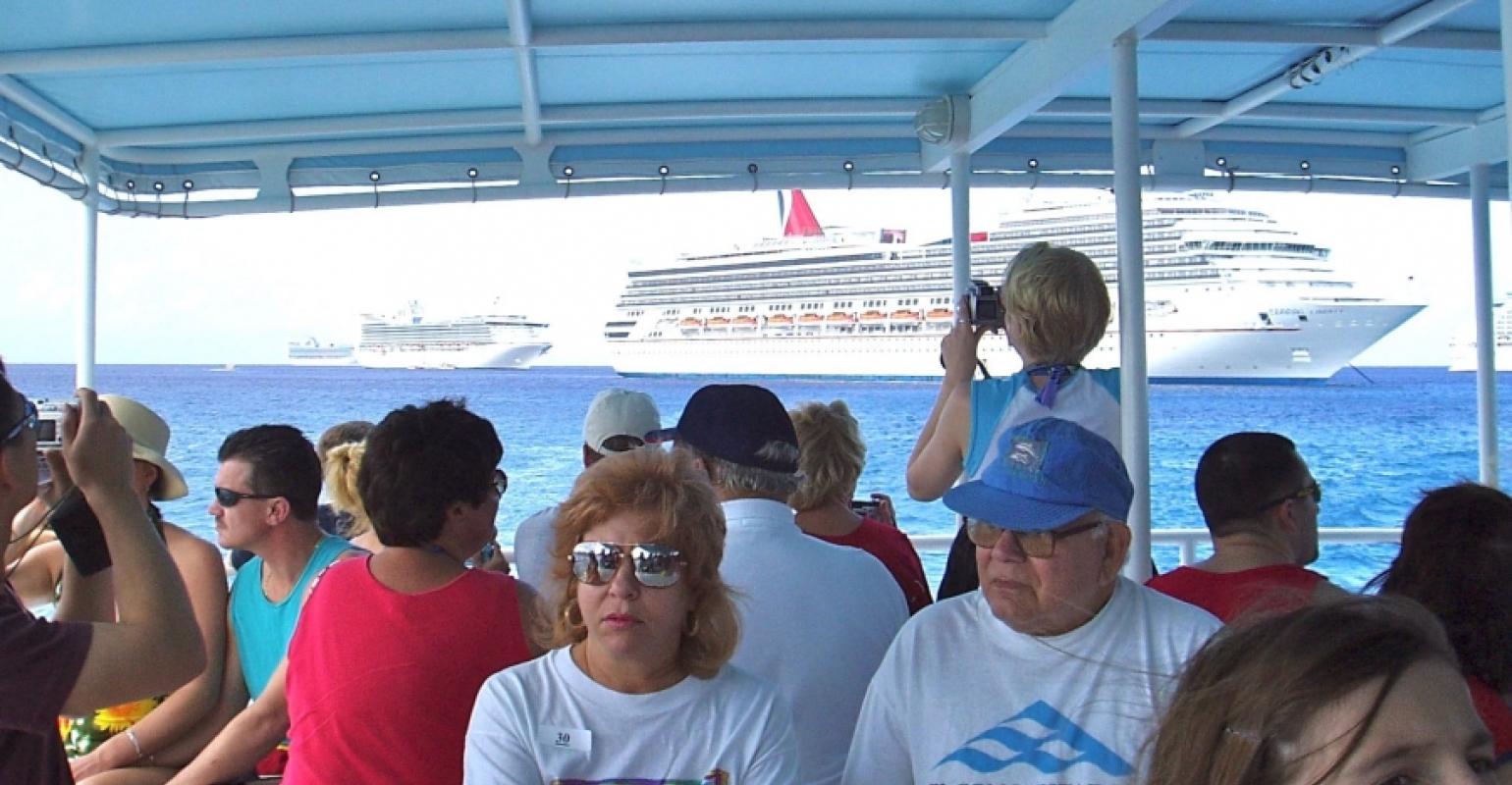 Passengers ride a tender ashore at George Town, with multiple ships at anchor (Photo: A. Kalosh)

Premier Alden McLaughlin said the Cayman Islands government has decided to allow the construction of a cruise dock at George Town after weighing the environmental and economic implications.

According to CaymanCompass.com, McLaughlin said talks will now take place about designs and financing for a pier project estimated to cost $150m.

The announcement follows months of controversy over an environmental impact assessment and many years of debate in the Cayman Islands about whether a cruise berth would negatively affect the destination.

George Town is one of the few major cruise ports in the Caribbean where ships have to tender. The larger ships get, the more complex and time-consuming it is to offload passengers by tender.

The major cruise lines have made it clear they don't want to tender.

The premier indicated the government's decision came down not to if a dock should be built but whether the Cayman Islands want to continue as a significant player in a business that provides 'many hundreds of people and families' with jobs, according to his remarks reported in CaymanCompass.com.