CDU meets as Australian Cruise Association for the first time 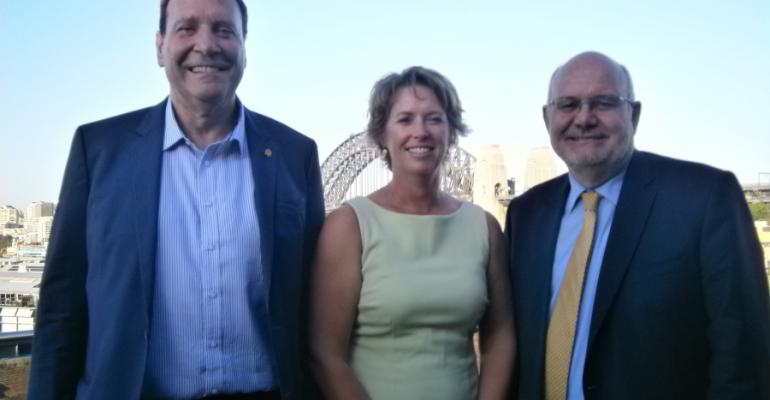 After more than 20 years as Cruise Down Under, the management committee met for the first time yesterday as the Australian Cruise Association.

In the evening an end of year reception was held in the boardroom of Sydney Ports Corporation overlooking Sydney Harbour where ceo Jill Abel revealed to Seatrade Cruise News the date and venue of next year’s annual conference.

At the CDU 2015 conference in Darwin it was announced that Sydney will be the location for the 20th anniversary of the conference, but Abel said at the time that a date and venue had not been finalised.

Last night she told Seatrade that ACA 2016 will be held from September 7-9 at Four Seasons Hotel, the former Regent Sydney.

‘We want to highlight Sydney as the gateway port to Australia,’ Abel said, ‘and Four Seasons is ideally situated with panoramic views of the Sydney Harbour Bridge and the Opera House.

‘It is at the doorstep of the harbour and the perfect venue to show off the cruise industry’s premier Australian city.'