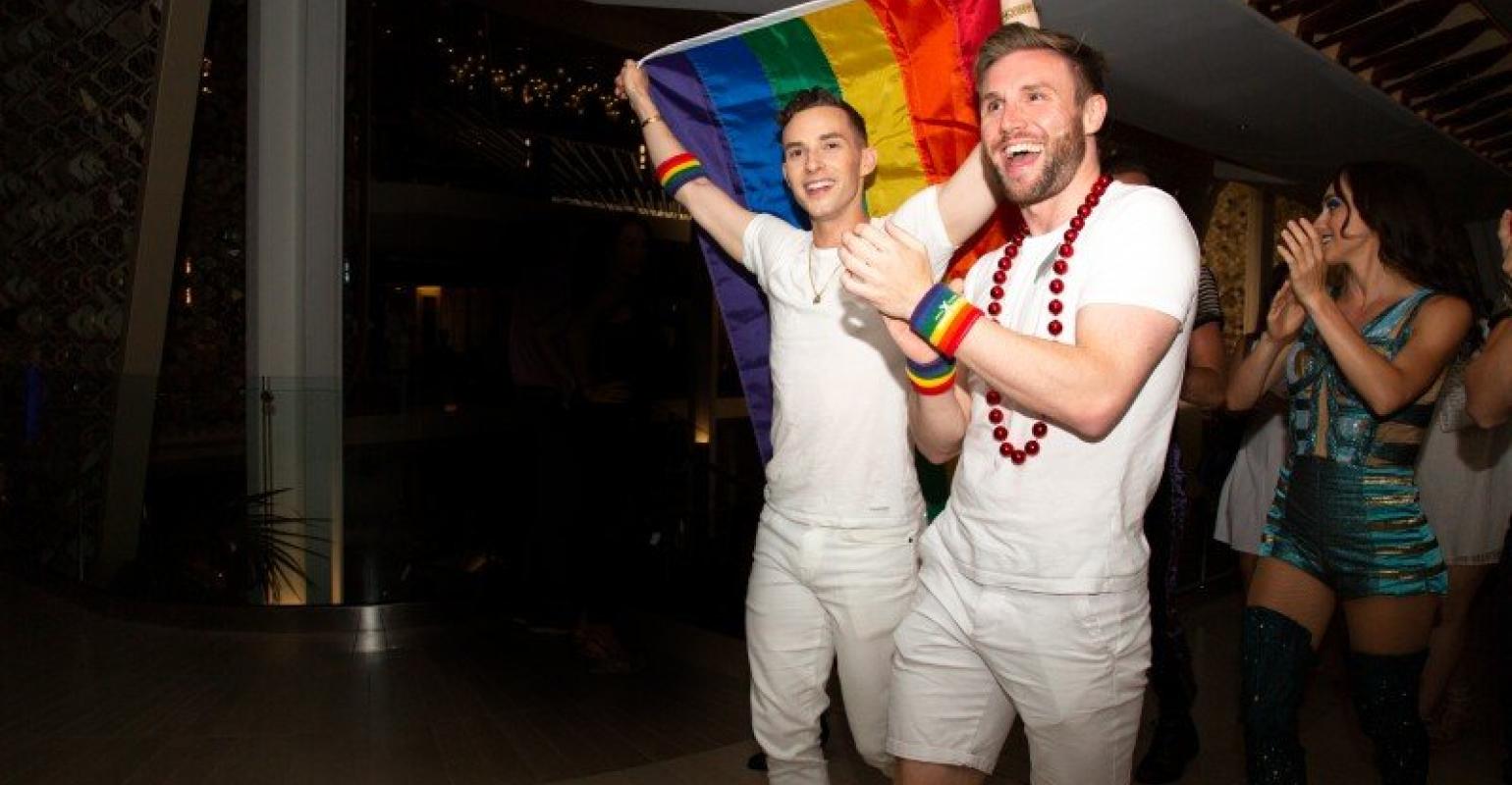 Celebrity’s '30 Days of Pride' have been ongoing since the first of the month, with a variety of multigenerational LGBTQ+-focused programming each day of the week. All of this led up to the Pride Party at Sea extravaganza, which took place on 10 ships, including Celebrity Edge.

Together, officers, staff and passengers around the world have been participating in programming such as The Largest Kiki At Sea, Silent Disco Pride and Pride Art Hour.

'Passionate about diversity and inclusion year-round'

'We are passionate about promoting diversity and inclusion year-round, but Pride Month provides a special opportunity not only to promote Pride, but also to celebrate the LGBTQ+ community and honor all they’ve fought for and accomplished,' Celebrity President and CEO Lisa Lutoff-Perlo said.

Rippon is currently sailing aboard Celebrity Edge for the celebration, which took place last night in Ibiza, Spain.

The party took place in tandem across the fleet, with each ship 'handing off the party baton' to the next to keep the festivities running across hemispheres and time zones. In the end, the party traveled more than 10,000 miles to 10 ships around the world.