Celebrity Edge is en route to the US for Nov. 19 arrival 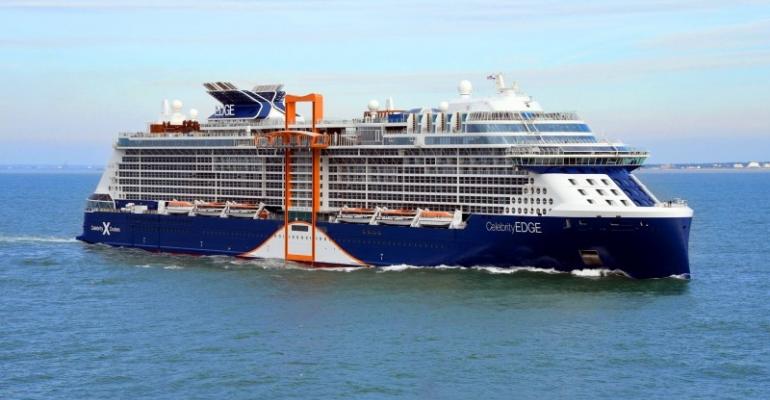 Arrival at Port Everglades in Florida is scheduled for Nov. 19, where the ship's new home, the customized Terminal 25, awaits.

As of the morning of Nov. 6, Celebrity Edge was 3,300 nautical miles from its destination, positioned at 37 degrees 58 minutes north latitude and 17 degrees 9 minutes west longitude.

On board are more than 1,400 'excited' crew members, according to Celebrity Cruises, and many others 'passionately at work putting the finishing touches on this magnificent ship, making sure that every detail is absolutely perfect, every surface sparkles, and every routine is mastered before a single guest ever steps aboard.'

Then, in the spring, Celebrity Edge crosses the Atlantic again to stop in Southampton before sailing the Mediterranean on a range of seven- to 11-night cruises from Barcelona and Civitavecchia (Rome).