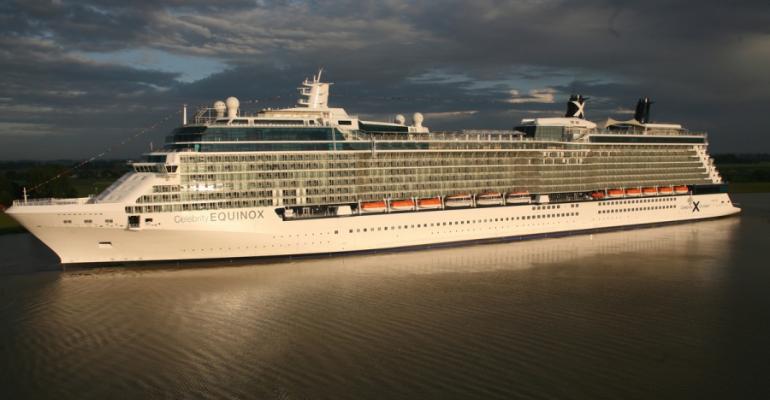 Last week, as Celebrity Cruises' Celebrity Equinox completed its scheduled drydock in Cadiz, Spain, it joined Royal Caribbean International's Allure of the Seas and Explorer of the Seas in a program that tracks ocean circulation dynamics and measures atmospheric and oceanographic conditions, on repeated journeys.

Scientific research is conducted on these ships by the University of Miami's Rosenstiel School of Marine and Atmospheric Science. The scientists capture and analyze oceanographic and atmospheric data on the vessels sailing worldwide.

The scientists record ocean temperature, salinity, and chlorophyll concentration, as well as properties of the ocean's surface, such as reflectance and absorbance. In addition, they measure meteorological properties, such as wind speed, wind direction, barometric pressure and humidity. These data help scientists monitor, understand, and forecast climate change and its effects on marine ecosystems, such as coral reefs.

'These data are proving to be of invaluable assistance in calibrating and verifying the American and European satellites monitoring climate change throughout the ocean,' said Dr. Peter B. Ortner, director of the Cooperative Institute for Marine and Atmospheric Studies at the University of Miami Rosenstiel School of Marine and Atmospheric Science.

He noted that smaller packets of data are transmitted on an hourly basis through Royal Caribbean's regular satellite link and large data sets are sent via Internet connection when the ship is in port.

Funded in part by RCL's Ocean Fund, The University of Miami's OceanScope equipment on Explorer of the Seas has tracked ocean circulation dynamics since 2000, in the North Atlantic basin that the ship sails through while on Bermuda and Caribbean routes from the US Northeast.

Allure of the Seas' lab tracks these conditions through the eastern and western Caribbean, and has done so since 2012.

The installation of an OceanScope lab on Celebrity Equinox will provide insight into the ocean dynamics in the Mediterranean Sea, across the North Atlantic and along the Iberian Peninsula.

RCL created the Ocean Fund in 1996 to support marine conservation organizations. Since then, the company has given more than $13m to over 75 organizations around the world for projects that relate to ocean science, climate change, key marine species, education and innovative technologies.