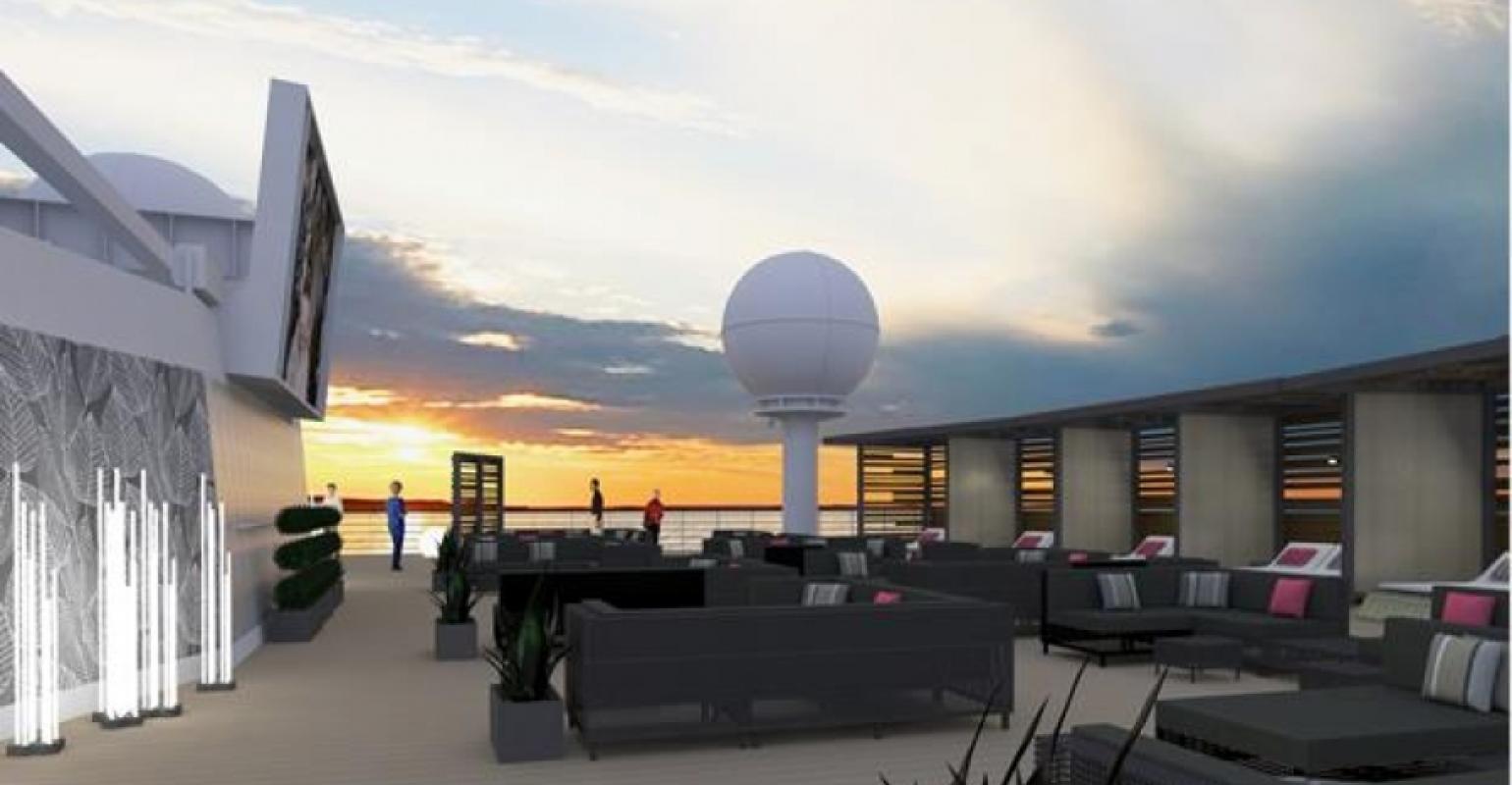 The Rooftop Terrace - setting for 'A Taste of Film'

Celebrity extends 'A Taste of Film' experience to more ships

The two ships will emerge from drydock with the new venue and other enhancements.

'"A Taste of Film" is one of the most delicious, indulgent ways vacationers can enjoy a beautiful outdoor space, a rich cultural and culinary experience and stunning views of the sea—all at once,' said Celebrity's Lisa Lutoff-Perlo, president and ceo. This experience, plus the introduction of Tuscan Grille and other enhancements and touches, are making the Millennium-class ships 'even bolder, more beautiful and more modern luxury than ever,' she added.

'A Taste of Film' presents movies that evoke a specific cultural, culinary or destination experience, paired with cuisine that brings the scenes on the screen to life.

Celebrity’s first film selection is 'The Hundred-Foot Journey,' the story of a feud between two adjacent restaurants in a French town. One is operated by a recently relocated Indian family and the other is a Michelin-starred French restaurant.

The cruise brand’s culinary team, led by Michelin-starred chef Cornelius Gallagher, has specially crafted a multi-course tasting menu inspired by the film’s French and Indian cuisines, which vacationers can sample throughout the showing.

When the movie starts, attendees will be served Indian-inspired dishes such as crispy shrimp with tamarind or beef filet Bombay with mango pickle. Then, when the setting transitions to France, they will savor items such as truffled mushroom risotto, sea scallops with glazed leeks and port wine jus or bites of Valrhona chocolate cake with sweet vanilla chantilly.

'Through sight, sound, feel and taste, we are bringing the film to life, as only Celebrity Cruises can do,' said Gallagher, associate vp food and beverage operations.

'A Taste of Film' will be available on Celebrity Summit as soon as this month and on Celebrity Millennium in May, when each ship emerges from a brief docking. Along with the new Rooftop Terrace, complete with its large screen, lounges, cabanas, soundscape and decorative lighting, additional enhancements will include a significant refresh of the Penthouse and Royal Suites, and the conversion of both the Normandie and The Olympic specialty restaurants into Tuscan Grille.