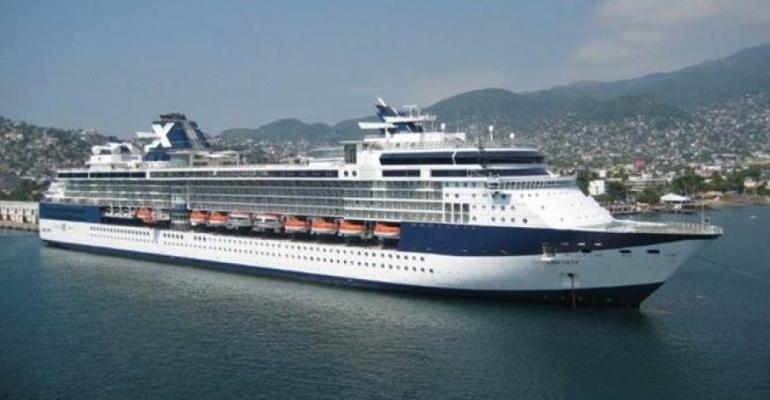 Celebrity Infinity damaged a pier in Ketchikan, Alaska, Friday while attempting to dock in high winds. No injuries were reported on board or ashore.

The 91,000gt ship struck Berth 3's pylons, and a metal catwalk snapped off and fell into the water. Celebrity Cruises attributed the accident to inclement weather.

The US Coast Guard said wind on the scene was reported to be gusting at 45 mph.

An initial assessment of the ship's damage showed 'minor scraping' of the hull above the waterline, which the crew was able to repair, Celebrity said in a statement. The ship was cleared by authorities and sailed from Ketchikan. It is due to arrive at Vancouver, BC, on Sunday as scheduled.

As for the pier, it's out of commission for the foreseeable future, according to news reports from Alaska. A damage assessment is expected next week.

'The Coast Guard is grateful no one was injured as a result of this accident,' said Lt. Dianna Robinson, command duty officer at Sector Juneau 'Our personnel are working to determine the cause of this accident and will work with local partners to ensure the continued safety of those using the cruise ship docks.'

No pollution was reported as a result of the allision.

A video of the incident is here.