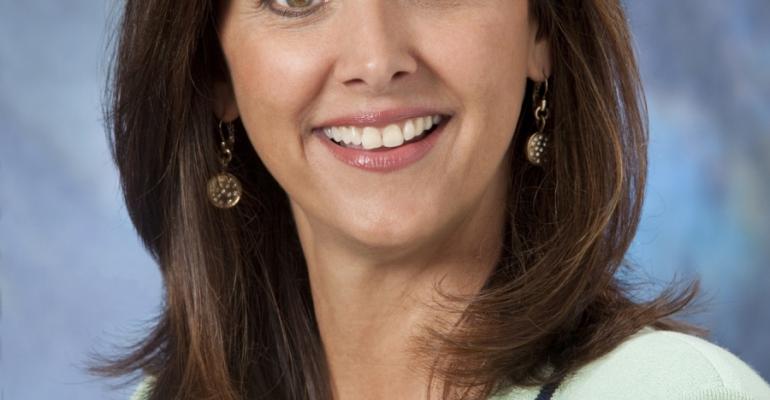 Dondra Ritzenthaler - 'Go Big, Go Better, Go Best' 'a win for the consumer and the trade, so it's a win for us, too'

In a bold move Celebrity Cruises is rolling out a new pricing strategy that lets travelers pick which amenities they want bundled into their fare. They get a choice of Classic Beverage Package, unlimited Internet, pre-paid gratuities or on-board credit at a rate that's lower than what those would cost if bought on board.

Plus, travel agents earn commission on the higher fare, which they wouldn't if those items were purchased by their clients during the cruise.

'Go Big, Go Better, Go Best' pricing rolls out July 6 and is permanent, not a limited-time promotion. It applies to cruises sailing from October onward. The pricing is available for ocean-view categories and above for all ships and all destinations, excepting Celebrity Xpedition and trans-Atlantic and trans-Pacific voyages.

Consumers get choice and a better value, agent pay goes up and it's simple to understand. 'It's a win for the consumer and the trade, so it's a win for us, too,' Ritzenthaler said.

The new pricing springs from Celebrity's '123go!,' which debuted for the 2013 wave season and was 'by far our most successful promotion, measured by results,' according to Ritzenthaler. It gave travelers a choice of perks and was such a hit many competitors came up with their own versions.

'It really changed the industry,' Ritzenthaler said. 'The trade really loved it. The consumer loved it.' But 'imitation is the sincerest form of flattery,' she added, and over time the promotion wasn't unique to Celebrity.

When Lisa Lutoff-Perlo came in as president and ceo in late 2014, she challenged the team to 'create the next big thing.' 'Go Big, Go Better, Go Best' sprang from that.

Going forward, all Celebrity ocean-view pricing and above will have one perk included. Travelers seeking a 'cruise-only' rate can book an inside category room.

'Our price will be a little higher than [that of] competitors, so [agents] have to get behind it,' Ritzenthaler said. To that end, the sales team is going all out on educational efforts that began with webinars on Monday. As of Wednesday morning, up to 2,000 agents had learned about the new pricing, and multifaceted efforts will continue throughout July.

'Go Big, Go Better, Go Best' has been carefully vetted by key trade partners. 'We're confident we'll hit it out of the park,' she said.

Avoya Travel is one of those key partners.

The company 'supports Celebrity’s new pricing structure, which moves the brand closer to all-inclusive pricing and enhances Celebrity’s experience for its guests. We look forward to selling into the new bundled rates,' Avoya president Brad Anderson said in an email.

'With higher fares producing higher yields, travel professionals will have the opportunity to earn more commission on bookings, while at the same time improving the guest’s experience. This is a win-win,' Anderson said.

He added that travel professionals are 'uniquely positioned to explain why paying a few dollars more upfront will result in a much better vacation experience.'