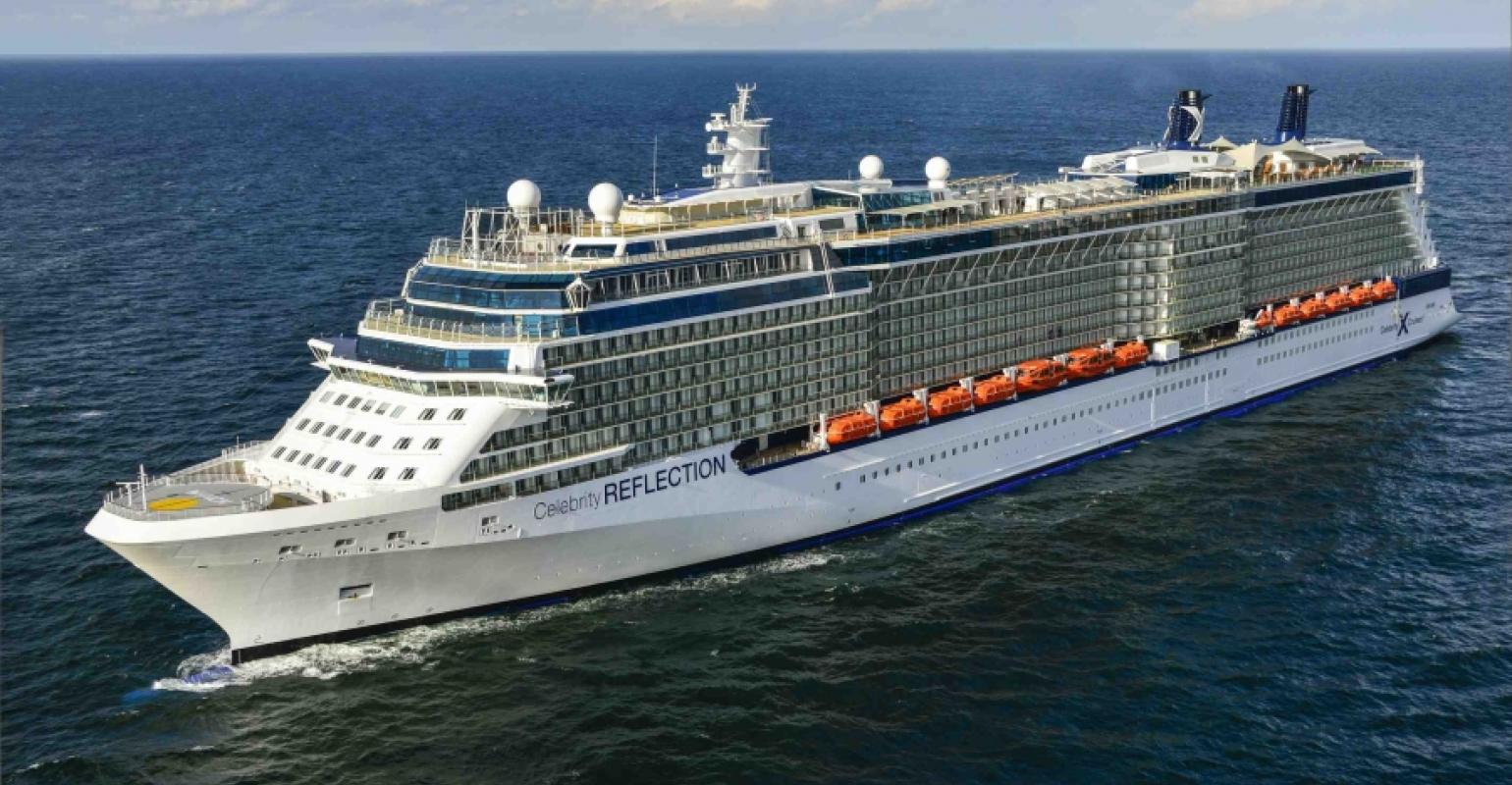 Project EDGE would be slightly smaller than the Solstice-class ships, the largest of which is the 126,000gt Celebrity Reflection (pictured)

Update adds price estimate for the newbuilds. Royal Caribbean Cruises Ltd. signed a letter of intent to build a pair of 117,000gt ships for Celebrity Cruises at STX France. Delivery would be in fall 2018 and early 2020.

The 2,900-berth vessels, developed under the project name EDGE, will build upon the modern luxury experience of the brand's Millennium- and Solstice-class vessels, the company said. At 984 feet long, 123 feet wide and 190 feet high, the Project EDGE design is intended to deliver 'small ship itineraries with large ship amenities.'

The size is smaller than the Solstice series, the largest of which was the 126,000gt Celebrity Reflection, which has one more deck than the first four ships. All were built at Meyer Werft.

'The addition of two project EDGE vessels to our fleet delivers on our long-term strategic plan of moderate capacity growth, and continues the positive momentum the Celebrity brand has achieved in the premium segment of our industry,' said Royal Caribbean chairman and ceo Richard Fain.

'STX France designs and builds some of the most innovative and stylish cruise ships in the world, and Project EDGE offers them the opportunity to again set a new standard for modern iconic architecture,' said Celebrity president Michael Bayley.

STX France managing director Laurent Castaing expressed his excitement at collaborating with Celebrity on what he called a 'dramatic step forward in premium cruise ship design.'

These vessels are also said to represent a significant leap forward in environmentally friendly ship design, benefiting from new technologies to drive significant fuel efficiency and an ongoing process to ensure the extensive use of sustainable materials.

The order is contingent on the completion of customary conditions, including financing.