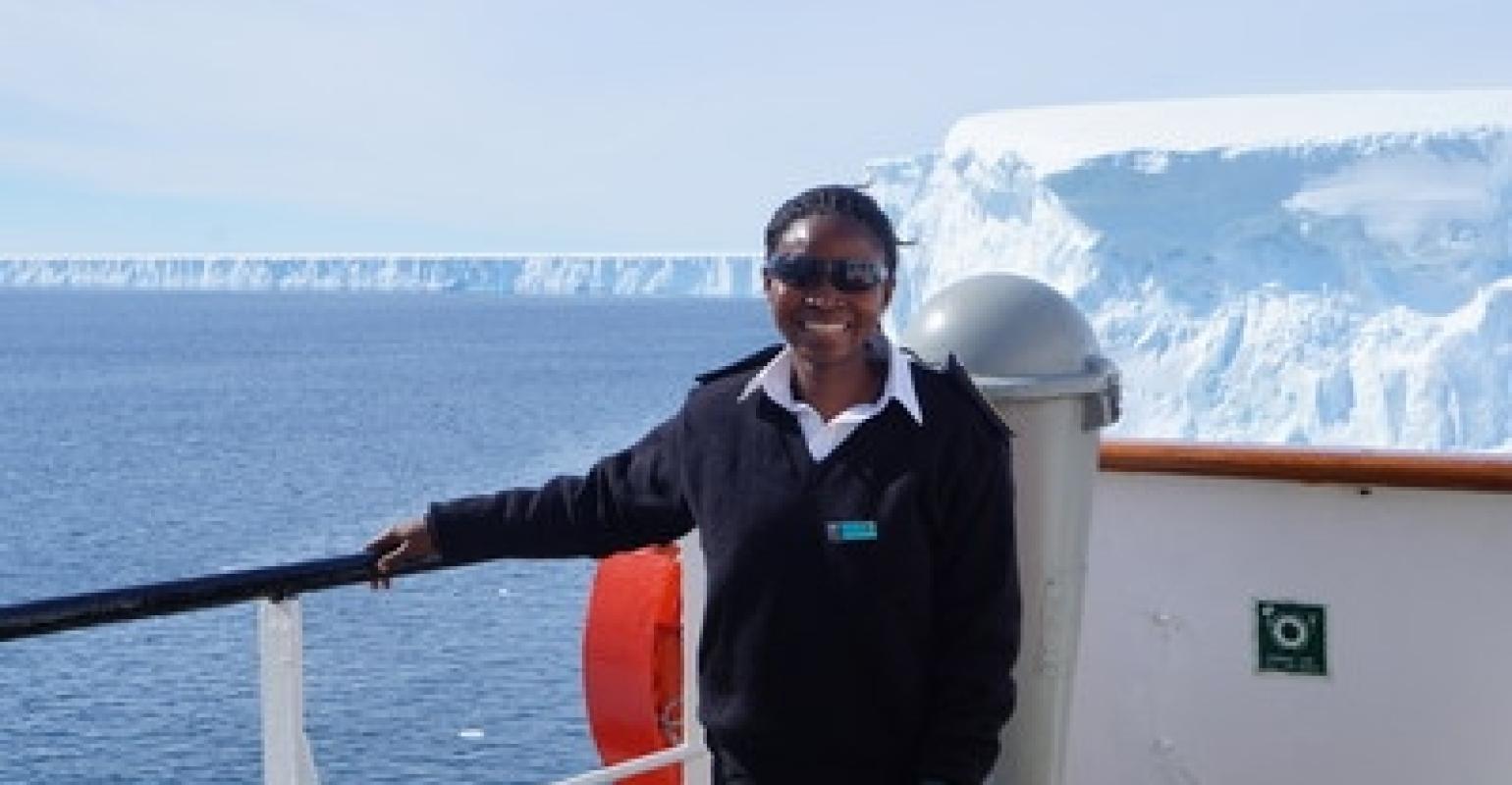 The first new crew member in the program, RMU cadet Nicholine Tifuh Azirh, will be joining the bridge team aboard Celebrity Equinox.

The RMU partnership springs from a meeting between Celebrity president and ceo Lisa Lutoff-Perlo with students from the Mandela Washington Fellowship at Florida International University. There, she met Tifuh Azirh, who shared her inspiring story of perseverance: She holds two degrees, yet following graduation struggled to find opportunities in the maritime industry as an African woman despite her academic performance, subsequent teaching at RMU and cadet experience.

'After hearing Nicholine's story, I met with our svp of global marine operations, Patrik Dahlgren, to see what we needed to do in order to give her, and others, the opportunities they've earned,' Lutoff-Perlo said. 'A year later, I'm so excited to share the news of our partnership with RMU and to welcome Nicholine on board.'

Tifuh Azirh symbolizes hope for women around the world who dream of working in a male-dominated field. 'She's the face of our industry-leading partnership, and she is an incredible example of Celebrity's commitment to opening up the world,' Lutoff-Perlo said.

'Nicholine's success is our entire world's success,' according to FIU president Mark B. Rosenberg. 'Her story shows the power of win-win partnerships and the positive impact they have on our communities and beyond.'

'The goal of our partnership with RMU is to inspire and disrupt the social norms that burden female officers in western African nations such as Ghana,' Dahlgren said. He added Celebrity will continue to evaluate candidates and push the envelope in developing a growth sector for marine officers in a part of the world that traditionally underserves female officers.

Tifuh Azirh is scheduled to join Celebrity Equinox on Aug. 27.