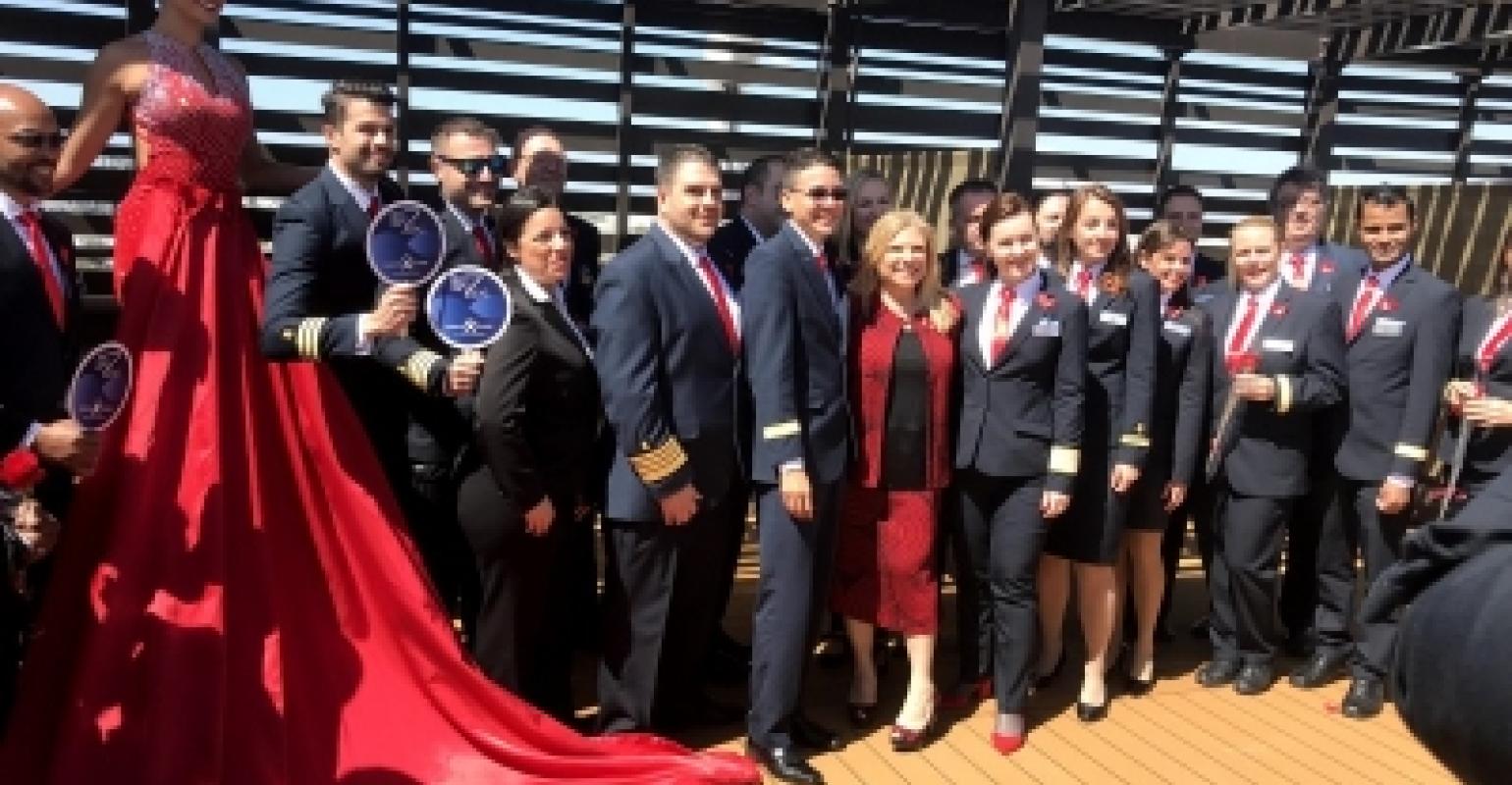 Events are taking place shipboard and shoreside, with everyone wearing red to show unity
Today, in honor of International Women’s Day, Celebrity Cruises will 'Ring the Bell on the 7 Seas' for the equality, advancement and accomplishments of women and the men who support their efforts.

The ceremony is taking place on the entire Celebrity fleet across the world, as well as in the company’s offices worldwide.

Passengers, crew and employees are taking part, all wearing red to show their unity and support for women’s accomplishments everywhere.

'We have a lot to celebrate this year at Celebrity. We now have four female captains and five female hotel directors. And a historic first—our new beautiful Galápagos ship, Celebrity Flora, will enter service with a 50/50 gender ratio on the bridge,' said Lisa Lutoff-Perlo, president and CEO of Celebrity. 'Celebrity Edge was the first ship to have a 30% ratio of female crew, and while we’re leading the way in our industry, we’re not finished advancing gender equality.'

This is the second year Celebrity has partnered with the Red Shoe Movement in support of the Gender Equality Global Initiative. With two of the brand’s ships in Grand Cayman at the same time, Lutoff-Perlo will kick off the ceremony aboard Celebrity Reflection, and then continue the celebration aboard Celebrity Edge.

Both ships' executive teams along with the founder and CEO of the Red Shoe Movement, Mariela Dabbah, will join the events on board.

Every Celebrity ship in the fleet, along with the company’s global offices, will perform their own ceremonies, uniting their voices by reading a manifesto to support gender equality in the maritime industry and around the world.

Each office will have different activities related to International Women’s Day as they unite their voices in a commitment to gender equality on land and at sea.

Dabbah announced the Red Shoe Leader Award is going to Capt. Kate McCue, the first US female captain of a major cruise ship. She’s an incredible role model of inclusive leadership and is an inspiration to us all,' Dabbah said.