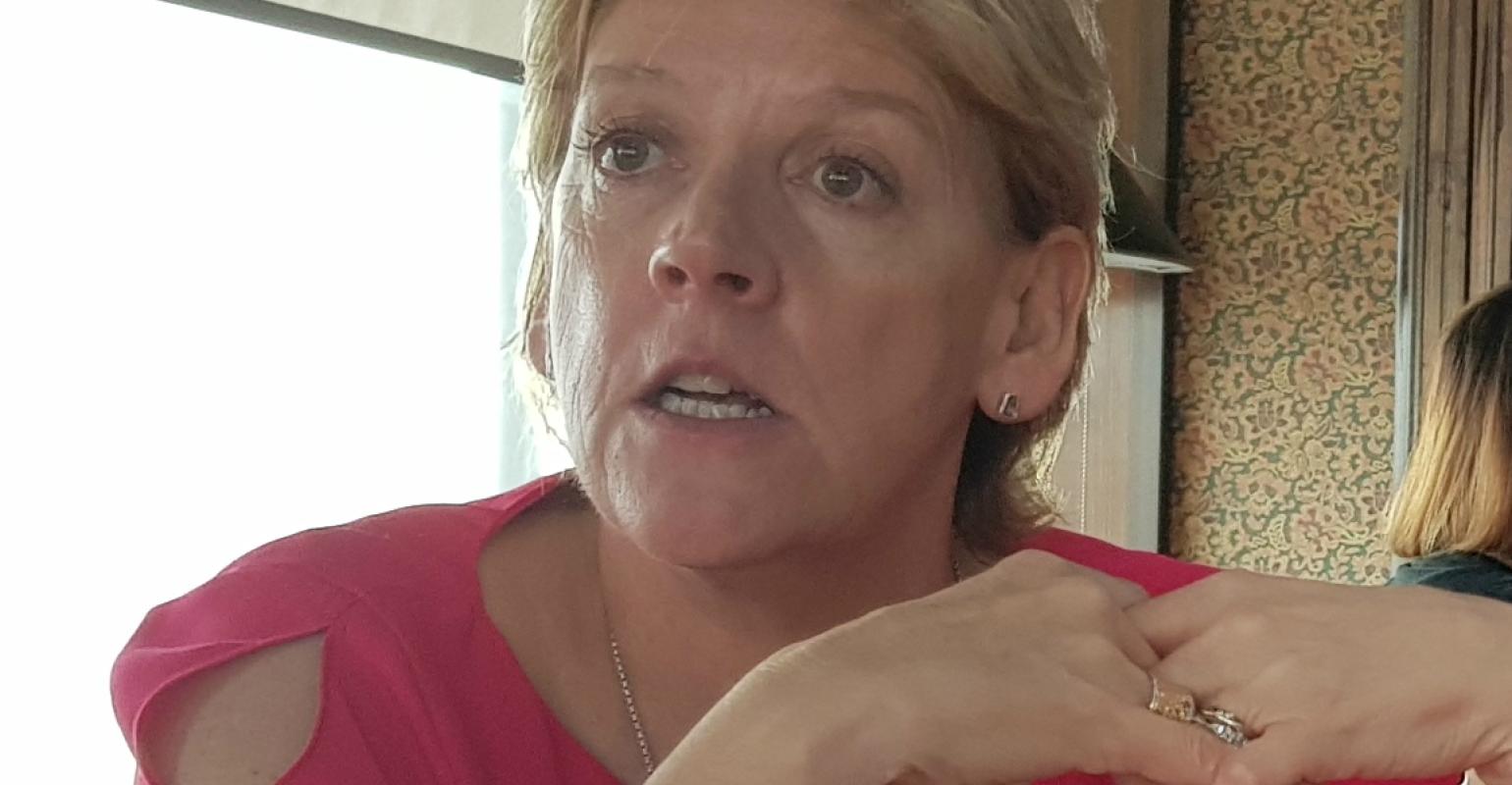 According to Jo Rzymowska, vp and md for Celebrity Cruises UK, Ireland and APAC, ‘All we are going to be doing in Asia is grow!’ She was addressing a lunch in Singapore with some 50 trade partners and media representatives at the end of a week-long whirlwind tour of Asia.

She said the Asia-Pacific region has great potential for Celebrity Cruises and there is a high percentage of affluent travellers who are in the market for more premium cruise options.

Rzymowska’s visit was ostensibly to spur development of the brand in the region.

She is keen on Celebrity getting greater visibility and giving greater support to travel partners, she remarked.

A big challenge for Celebrity Cruises and its premium offerings is brand differentiation: ‘Royal Caribbean has been here for a while now and people think the brands are all the same,’ she said.

Rzymowska also paused to reflect that the parent company has been in Asia for over ten years now, and that it owes the growth and vision in Asia to the late Rama Rebbapragada.

‘Everything began with him and the foundations he set,’ she said.

During the past week Rzymowska has visited Tianjin, Shanghai, Hong Kong and Singapore.

She talked up Celebrity Edge which sets sail in 2018, as well as the modernization of the entire Celebrity fleet from 2019-2023.

She expects these to be ‘game changers’.

She revealed Celebrity had taken a calculated risk for Edge in engaging world class designers who had not been involved in cruise before. She showed the audience visuals of the transformed state rooms with 20% more convertible outward facing space, split-level villas and spacious sea-facing cabanas, among other features.

The brand will be marketing Celebrity Edge’s 2019 European sailings to Asians ‘who have both the money and time to travel for longer periods,’ Rzymowska said.

She was clear that Asia is important as a source market for Celebrity Cruises as it builds new ships and grows.  ‘We will have five Edge class vessels with one being churned out per year - the aim is to attract Asians who want to go to destinations such as  Europe and Alaska for longer itineraries and mix with different nationalities.’

Celebrity Millennium and Celebrity Constellation have been sailing seasonally in Asia.

The strategy when in the region was ‘in Asia, for Asia’, commented Rzymowska.

‘These were short itineraries to suit trends here,’ she added.

‘There are bigger opportunities from the ever increasing outbound market in Asia.’

Celebrity Edge is filling up with younger, ‘more 40ish’ demographics she said and reminded that the various combinations of inter-connected cabins suitable for multi-generational family travel would suit the Asia source markets.

‘We will continue to increase our footprint in Asia’ and highlighted the work Celebrity is doing with Singapore Tourism Board and local travel partners. When asked if Celebrity would ever base a ship in Singapore she replied, ‘I will never say never’ and was full of praises for Singapore’s great airlift and strategic location.

Meanwhile Australians are the first to enjoy the newly refurbished Celebrity Solstice which return for a fifth consecutive season.