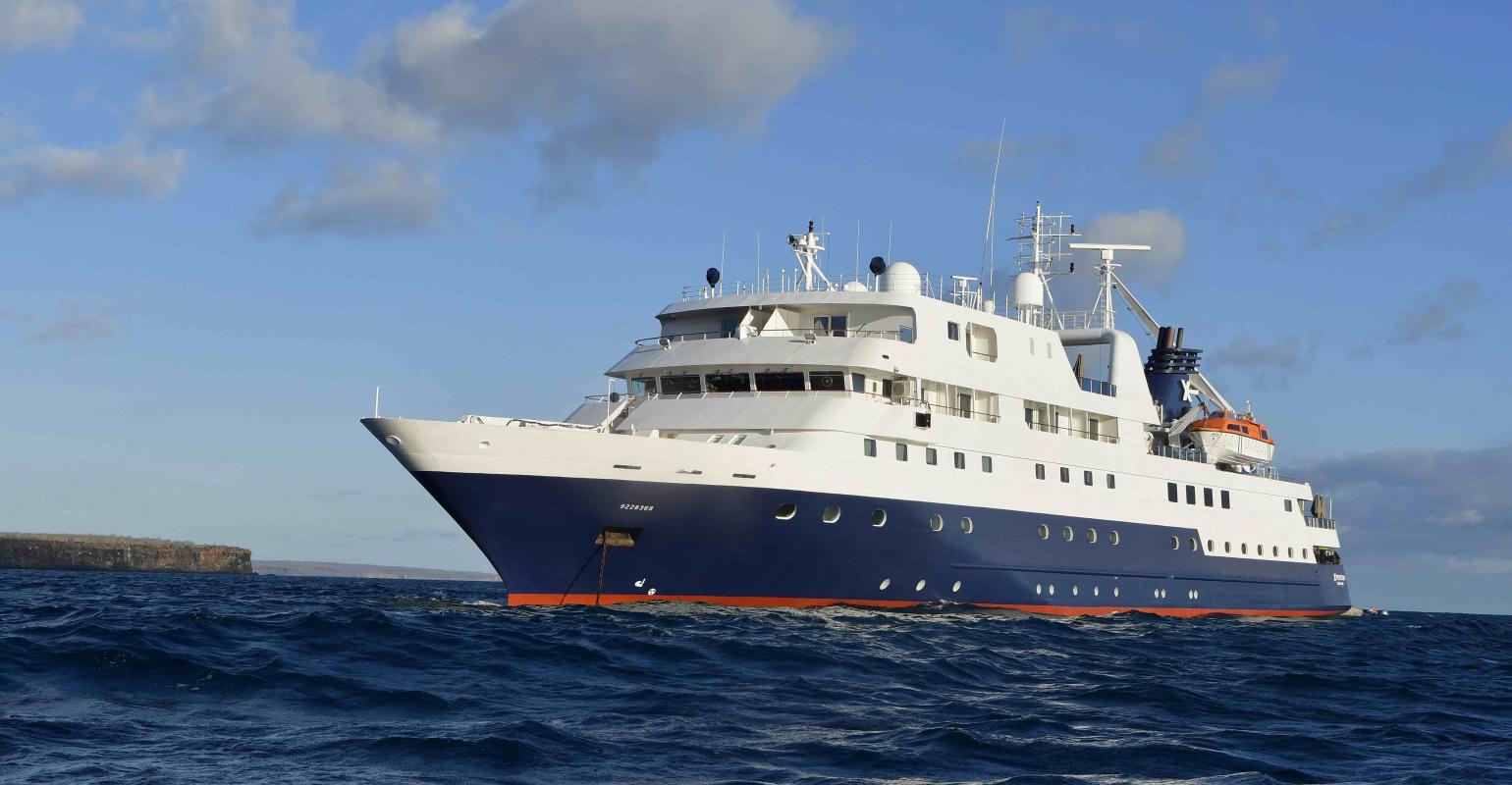 The passenger capacity of Celebrity Xpedition has been reduced by half — from 100 passengers to 48 PHOTO: Celebrity Cruises

Since the new Celebrity Flora began Galápagos service in June, passengers booked on the company's other 100-passenger ship, Celebrity Xpedition, have instead been accommodated on Celebrity Cruises' two smaller vessels.

This is due to a Galápagos National Park permitting matter, which Celebrity Cruises expects to be resolved at any time.

Lines need 'coupos,' or allocations, to operate within the park. Celebrity had allocations for ships carrying 100 passengers, 48 passengers and 16 passengers.

But while the Ecuadorian government had tentatively approved an exception to regulations that prohibit combining 'coupos,' that was subsequently withdrawn, and Celebrity Xpedition's capacity needed to be decreased to 48 to replace Celebrity Xperience.

That has been done — with upgraded crew accommodations and offices in place of guest rooms — and Celebrity Xpedition is temporarily out of service, awaiting its permit transfer from Celebrity Xperience.

Cancel for a full refund or sail for 50% off

Passengers booked on the ship can cancel for a full refund or transfer to Celebrity Xperience or Celebrity Xploration and get 50% back what they paid for Xpedition.

Also, it has been decided to keep the smaller Xploration in the archipelago.

The permitting is a complex process, a Celebrity spokeswoman said, one that's designed to ensure the Galápagos National Park protections are carefully kept in place.

'We've been following the process,' she said. 'It's just a matter of working with the government.' The permit for Celebrity Xpedition, she added, could become available at any time.

Meanwhile, 'Vessels are operating. Guests continue to enjoy this experience and have a great vacation,' the spokeswoman said.