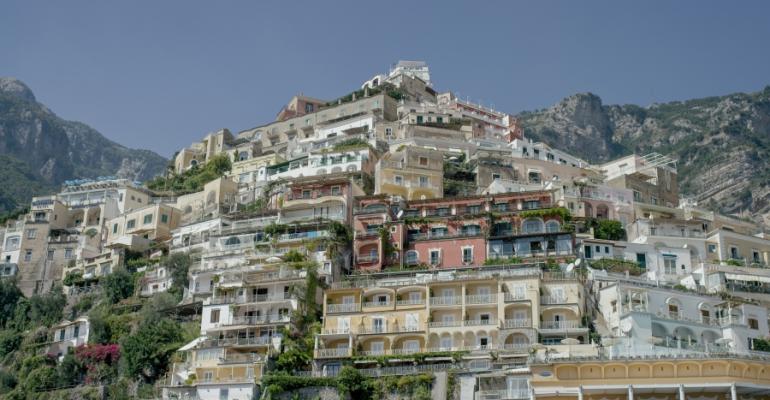 A still from the new brand film, all destinations featured are visited by Celebrity ships in 2016

A new short film showcasing ‘a different view’ of cruising will premiere on Channel 4 on Sunday October 11, 2015 during the return of the critically acclaimed drama series Homeland. The 90 second film – produced by Celebrity Cruises UK  – is part of an awareness campaign to highlight the experiences and destinations on offer from a Celebrity Cruises holiday.

Travel partners and media were given a sneek preview of the brand film last night during a cocktail party held on the 29th floor of London's Millbank Tower, offering majesty views of the capital and River Thames.

Jo Rzymowska, managing director, Celebrity Cruises UK and Ireland, explained: 'Our new brand film really highlights everything that is unique about our holidays in a very evocative and inspiring way. Everything that is seen in our new film is through the eyes and encounters of real guests onboard and presents a different view of cruising that we know only Celebrity Cruises offers.  The stunning views and landscapes merge with the award-winning onboard experiences.'

The Celebrity UK chief admitted in commissioning the film, it had taken her and marketing director Toby Shaw out of their comfort zones, 'as it about content and driving sales but not and a traditional direct sales message.' However seeing it for the first time was 'spine tingling', she told Seatrade Cruise News.

To create the content Celebrity Cruises worked with Genero – a platform that allows businesses to connect directly with filmmakers around the world – to film on-board the ship Celebrity Silhouette during a Mediterranean cruise and in ports-of-call destinations throughout France, Italy and Spain.

Wine expert and Celebrity Cruises ambassador, Oz Clarke called the film sensational. 'You can smell the zest of the lemon as it is cut, almost feel the sun and I am amazed at the endless combinations of blue that the film makers have picked up in the sea and in the sky.'

Sarah Harraghy, director of the line's commercial sales UK & Ireland, just four days into the job, although she has been consulting for the brand for six years was also very excited about the timing of the film and also getting trade partners to amplify it on their own sites in the coming months. 'Hopefully we will see the results manifested in January during the traditionally strong booking period, if not before.'

No actors or models feature in the footage, Rzymowska reminded. 'All of the people who appear are  guests or crew members giving viewers a true reflection of the experience at sea, and a taster of what to expect from a holiday with the modern luxury brand,'  she commented.

As well as the premiere on Channel 4, shorter 30 and 10 second edits of the film will air Channel 4, More4 and Film 4, and their portfolio of video-on-demand platforms, throughout October and November 2015.  Viewers can also engage with Celebrity Cruises throughout the campaign on social media using the hashtag #ADifferentView.

The film directed by James Morgan will be live on celebritycruises.co.uk and youtube.com/UKCelebrityCruises on October 11, 2015 following its Channel 4 premiere.