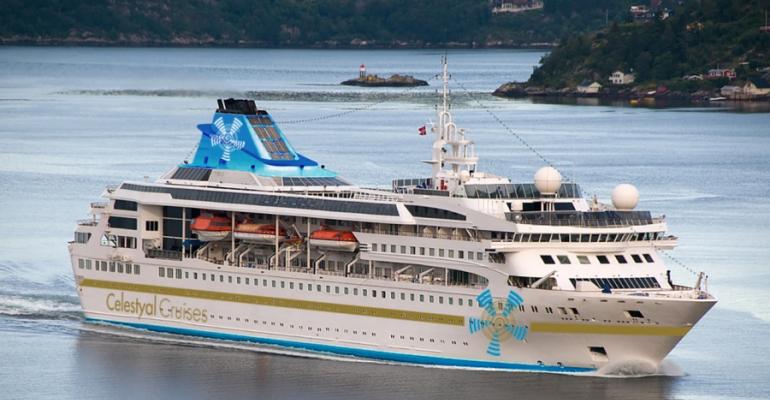 Celestyal Nefeli to join the fleet next February

Celestyal Cruises is extending its homeporting operation in Turkey for another two years and deploying a newly chartered ship from February 2016.

She will be delivered to Celestyal in February and refurbished prior to the commencement of the 2016 cruise season.

Celestyal Nefeli will replace Celestyal Odyssey, whose charter agreement will be concluded at the end of October. 420-cabin Celestyal Odyssey was originally the innovative Olympic Explorer and built for Royal Olympic Cruises.

The name, Nefeli, comes from Greek mythology – Nefeli was a goddess of hospitality and a nymph of the clouds.

Celestyal Nefeli is of a size perfect for docking in the smaller harbours throughout the Eastern Mediterranean, a key part of the cruise operator's strategy. Since 2014, Celestyal has added 15 new destinations which include Milos, Ios, Kos, Samos, Symi, Chios, Cesme and Syros.

In 2016, Celestyal will increase the number of themed events on its cruises, which focus on Greek culture, gastronomy, history and wine.

19,000gt Gemini's current status is under Denmark’s Clipper Group management and the ship is berthed at Scalloway Harbour on Shetland island being used as an accommodation unit. It operated as SuperStar Gemini from 1995-2008, then sailed for Happy Cruises before the Spanish operator's collapse and also provided dockside housing for the Summer Olympic Games in London.