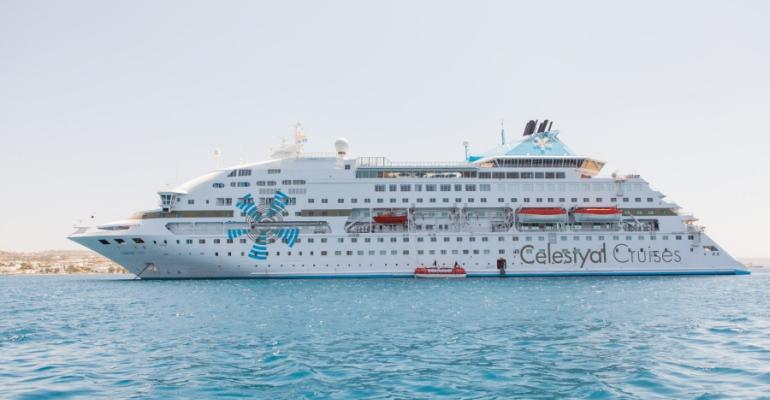 The importance of the cruise industry to the Greek economy is underlined by the contribution of Celestyal Cruises, the country's sole multi-ship cruise operator. By the end of the latest summer season, Celestyal had directly left €110m ($143m) in Greece, not including the spending of the company's passengers while in Greece.

During a review of the summer season, the company reported a 20% increase in cruise passengers in 2015, with Celestyal's md, Kyriakos Anastassiadis, saying Greece has cemented its position as being among the three top cruise destinations in the world, 'despite the country's financial problems'.

Indeed, Anastassiadis said, 'the political situation in the Middle East and North Africa acts as a boost for Greek cruising' as ports in those areas are now out of bounds.

Celestyal, which homeports three medium-size vessels in Greece, specialises in three- and four-day cruises. Since 2012, some 19 new destinations have been added and 290,000 shore excursions have taken place. Some 98% of passengers visit the destinations and 50% of them participate in shore excursions.

VP sales Pythagoras Nagos said in 2015 revenue from ticket sales is up 30% with clientele from Turkey up 135%. European passengers were up 25%, those from South America up 17% and those from North America up 13%.

And, said Nagos, bookings 'point to 2016 also being a good year'. Nagos said that despite Greece's capital controls bookings have been at 100%.

The company has plans to extend its network of port calls, with new ship Celestyal Nefeli calling at new ports Nafplion, Chania and Mytilini in 2016.

In 2017 the plan is to add Thessaloniki and Kavala in the north Aegean to take on passengers from eastern Europe.

In 2018 the plan is to enter the seven-day cruise segment with the company's Celestyal Olympia undertaking a 'three continents' programme in the winter season, visiting Asia, (Antalya, Turkey and Jerusalem, Israel) and North Africa (Port Said, Egypt) and Europe (Rhodes).

Celestyal's investment could be set to grow as the company is interested in developing the port of Lavrion, southern Attica. Within proximity of Athens airport, Lavrion is already the company's homeport and it is among those bidding for the project to construct another passenger pier.

The company also talked about its 'bracelet.' issued to passengers to wear at all times and enabling them to be located in any time of emergency, especially should an accident occur. The 'Lynceus' was the idea of Vassilis Gazikas, manager of the company's marine division, and was developed in 2014.

Attending the event was Theodore Kontes, president of Union of Cruise Ship Owners & Associated Companies, who pointed out '25% of tourists in Greece now have at some stage passed through the country on a cruise and have returned to enjoy a holiday ashore.'