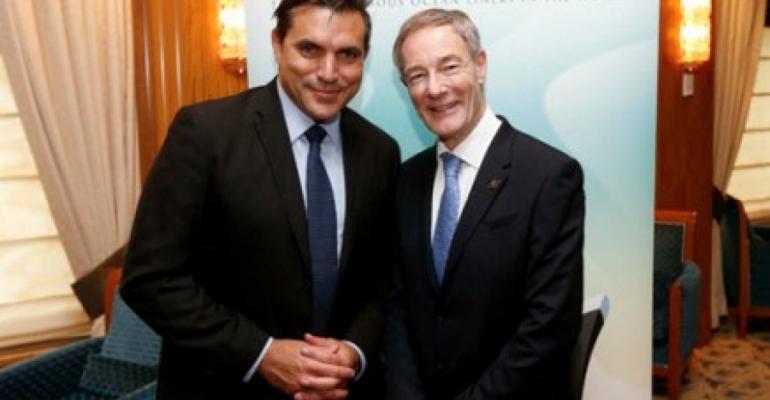 Cunard Line celebrity chef and partner Todd English will join Queen Mary 2's US Independence Day cruise from New York to Boston. Aboard the July 1 voyage, English is to develop a new menu with the ship's culinary team that will debut later this summer.

The noted restaurateur will also sign copies of his cookbook, 'Cooking in Everyday English: The ABCs of Great Flavor at Home,' and participate in a question and answer session with Queen Mary 2's entertainment director.

'Our flagship has the distinct honour of featuring the only Todd English restaurant at sea. We look forward to having him on board to continue celebrating the ship’s 10th anniversary,' said Cunard ceo David Dingle.

English has been recognized by prestigious food publications, established one of the best-known restaurant brands in the nation—Olives, and is a four-time James Beard Award winner. He has four critically acclaimed cookbooks, including the October 2011 release, 'Cooking in Everyday English.'

'It’s been an absolute pleasure working with Cunard Line and the beautiful Queen Mary 2 over the past 10 years, and I look forward to celebrating with the ship and meeting guests while on board,' English said. Fans of the chef can follow him on Twitter @ChefToddEnglish and Facebook.

Staterooms and Grills Suites are still available for the July 1 cruise with fares starting at $1,299 per person.