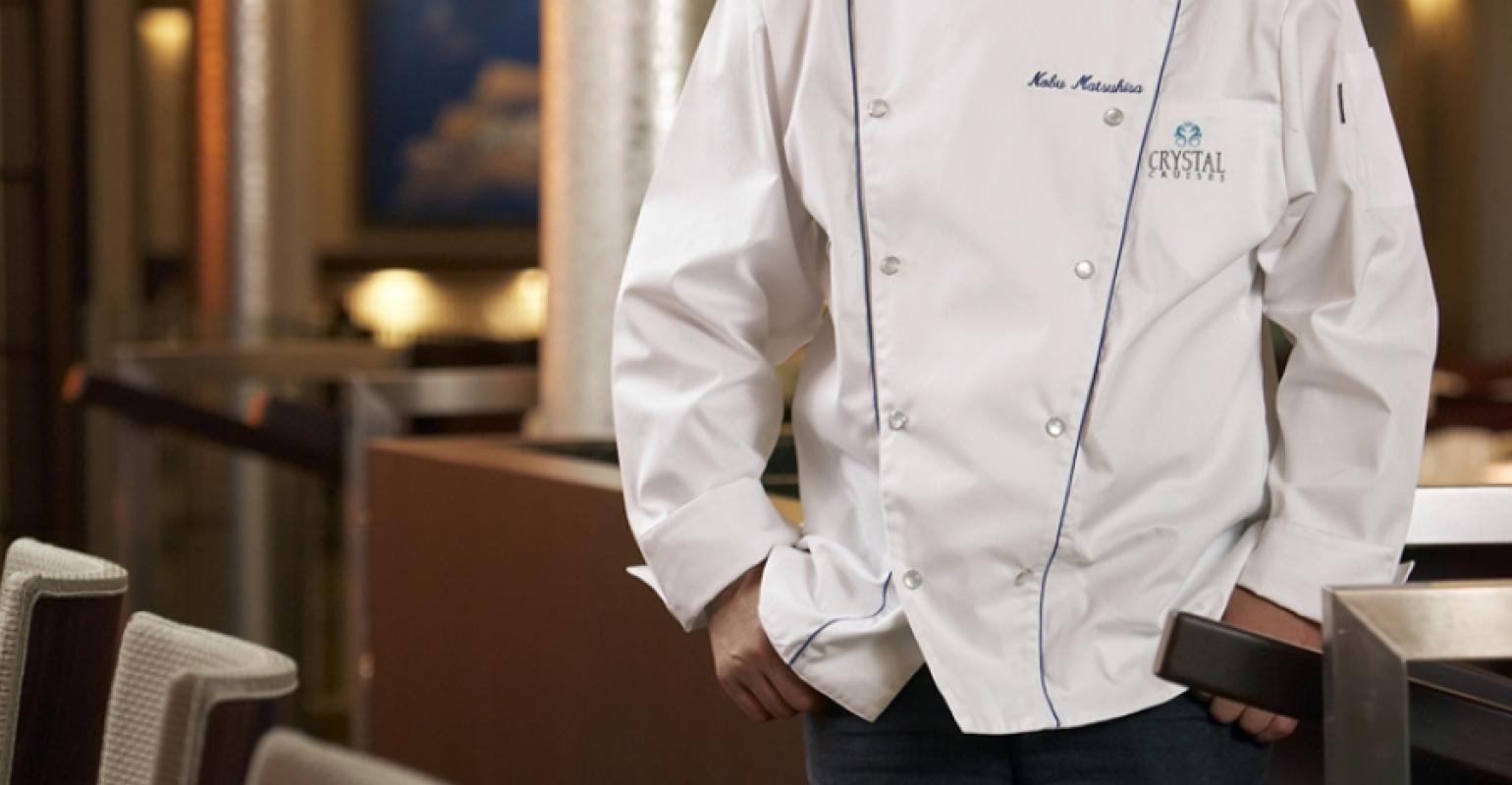 Master chef Nobu Matsuhisa and Michelin-starred French chef Alexis Gauthier of the Gauthier Soho in London will be aboard Crystal Cruises' Wine & Food Festival voyages in 2016.

Crystal Symphony will sail a 12-day Mediterranean cruise from Istanbul to Civitavecchia (Rome) on May 1, while Crystal Serenity will welcome Nobu back aboard for a 10-day Alaska cruise round-trip from Vancouver, BC.

On Crystal Symphony Gauthier will lead demonstrations of his most famous dishes and offer hands-on instruction to small groups. On select evenings a special Gauthier menu will be served in the Crystal Dining Room.

Shore excursions include a visit to the bustling Misir Carsisi spice market and 5 O’clock Tea at Çirağan Palace Hotel (Istanbul), and exclusive cooking lessons with the head chef at Feggera Restaurant (Santorini) at a private villa (Sorrento) and at a working farm just outside of Rome. Feasts and accompanying wine tasting top off the experiences.

Nobu, whose cuisine is featured in Crystal's Silk Road and The Sushi Bar as well as cities worldwide, will be aboard Crystal Serenity’s Alaska cruise, one of seven next year. He'll host multi-course omakase (chef’s choice) dinners in Silk Road and other feasts and special menus.

The cruise will offer opportunities to taste the local fare, including a crab feast in Ketchikan, a salmon bake in Juneau and a traditional English tea in Victoria, BC. Other ports are Skagway, Sitka and BC's Prince Rupert, a maiden call. The ship will visit Glacier Bay, too.

Other Wine & Food Festival voyages in 2016 visit South America and the Panama Canal, Southeast Asia, Canada/New England, the Caribbean and the South Pacific.