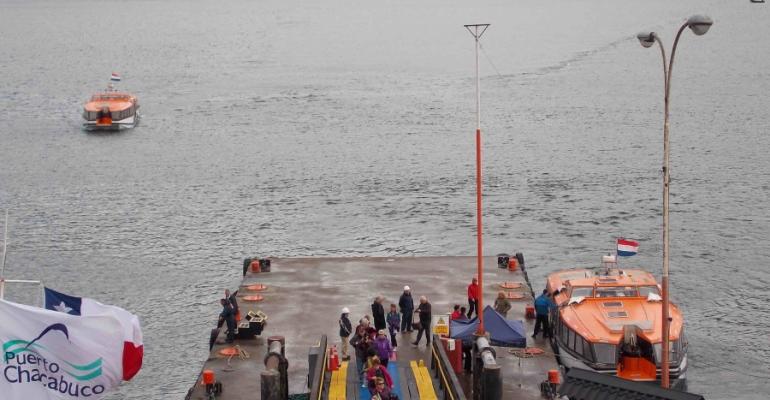 It was an honor to participate in the inaugural and support Puerto Chacabuco, a Conosur member, the association's executive director, Sebastián Montero, said.

Conosur, which represents the Chilean ports that handle cruise ships, works to promote the destination in the international cruise industry.

Montero highlighted Conosur's accomplishments in recent years, including working with the government on legislative changes that have benefited the industry, such as reduced lighthouse fees and the approval of casino operations aboard cruise ships sailing in Chilean waters.

The association's promotional work will include participating, along with Chile's undersecretary of tourism, in Seatrade Cruise Global in March 2016 in Fort Lauderdale, Florida.

Zaandam arrived at Puerto Chacabuco from Chile's Puerto Montt carrying 1,100 passengers on a cruise that will end at Buenos Aires.