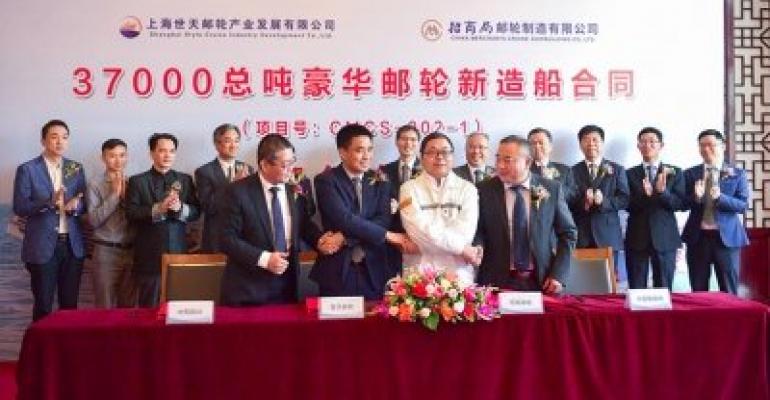 The 660-passenger ship will stretch 204 metres with a beam of 27 metres and a draught of 9 meters. It will be built by CMHI's Haimen cruise shipbuilding base. The delivery is scheduled in 2022.

A milestone for Chinese cruise shipbuilding

The deal is a milestone for CMHI and for Chinese cruise shipbuilding. it is a big move for China to design and build cruise ships locally, said Hu Xianpu, general manager of CMHI.

The ship will be classified by CCS and Bureau Veritas, and be deployed on the South China Sea.

Style Cruise Chairman Zhao Zhouli said Chinese passengers currently can sail only on foreign cruise ships. To provide them greater choices, his company is going to build vessels. It worked with CMHI on the design for more than a year.

Style Cruise is a joint venture set up by several private and state-owned companies in 2017. Its main business involves cruise ship design and engineering, procurement and construction contract management. The company aims to be a high-end cruise ship service provider in China.

CMHI, a pioneer in China’s cruise shipbuilding, launched 5G service at its shipyard in Haimen earlier this month, which could greatly improve the yard’s data access and facilitate the building process.