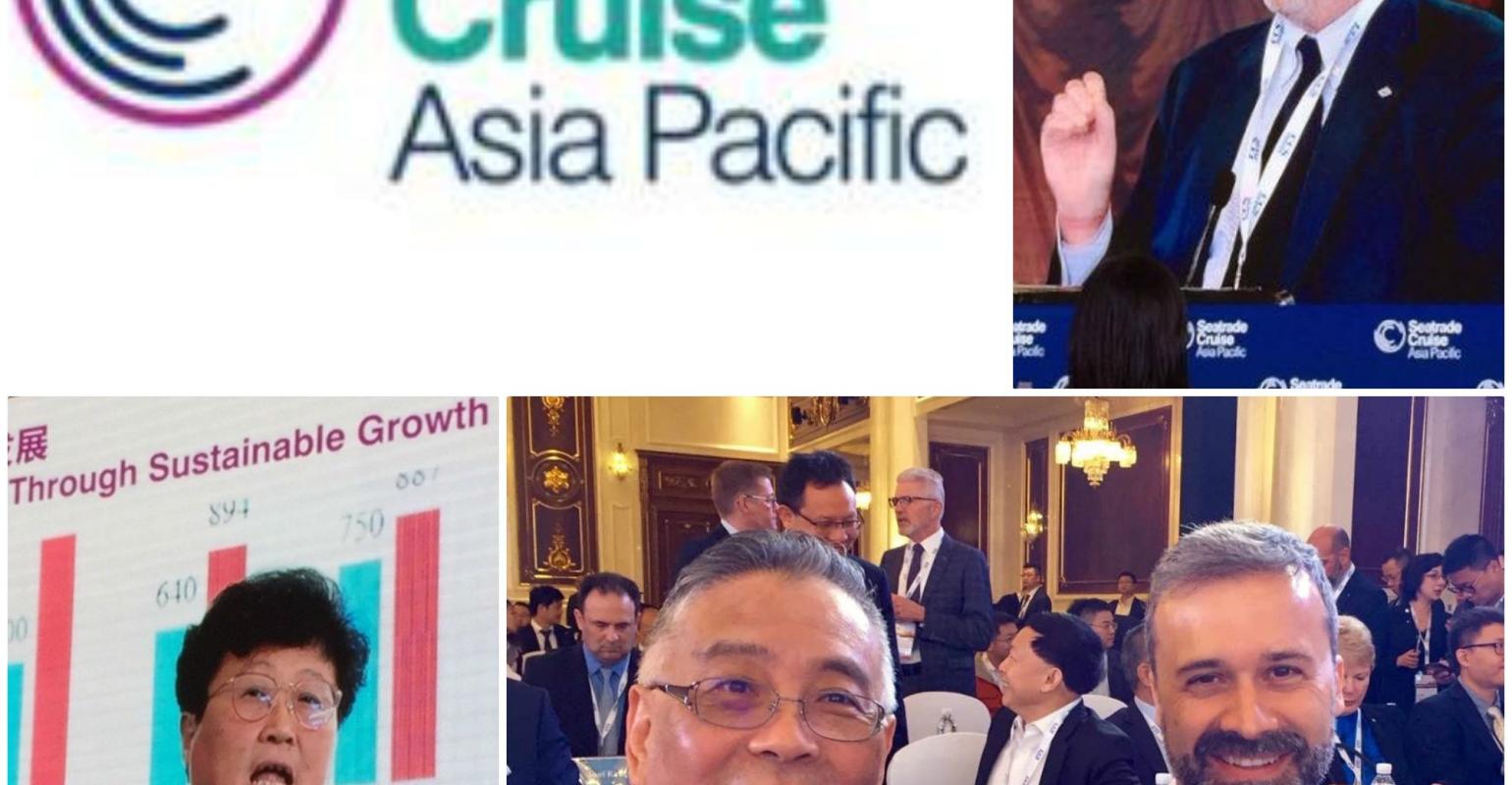 ‘With a decade of fast development, China had become the major growth point of the global cruise economy. The concentration of ships deployed in the China market by leading international cruise lines and less attention and experience by local authorities and ports recently caused lots of issues and challenges,’ said Wu Wenxue, former vice minister of the China National Tourism Administration.

China’s cruise market had achieved 10 consecutive years of double-digit growth but in 2018 the numbers declined—showing that China has to focus more on the sustainable development of cruising, he added.

‘The exit of some cruise lines from the China market is a temporary situation. We believe the industry is getting healthier and better,’ Wu said.

‘Currently, the China cruise industry is entering into the optimization stage. The ever-changing market trends and new emerging requirements are pushing us to make changes,’ said Jiang Mingbao, chief engineer at the Ministry of Transport.

‘China is facing the challenges of limited cruise itineraries and the restriction of multi-port calls along the domestic coastline,’ she added, ‘That’s why each entity involved in cruising needs to work together.’

Baoshan’s ambition is to become the third busiest cruise port worldwide by 2022. It currently stands in fourth place.

2017 and 2018 have not been easy for cruise lines operating in China due to the ban on Chinese tourists visiting South Korea, sharply limiting itinerary choices. But both government and cruise lines representatives at Seatrade Cruise Asia Pacific felt this was a turning point that could trigger a new golden era.

According to Liu, the main challenges center on the distribution channels and the ability to sell directly to consumers. He noted Royal Caribbean has grown direct sales from zero to 20% now.

He called the impact of regional political events and the inability to visit Korea ‘a mess,' warning this will ‘ruin the long-term growth of the market.'

The 2019 arrival of custom-built China ship Spectrum of the Seas, though, will reboot market confidence.

According to Mario Zanetti, president of Costa Group Asia, ‘We know the potential in China is huge. That’s the reason that we should focus on healthy and sustainable development.’

He said Carnival is investing $6bn in China between 2019-2028, 'self-explanatory of our commitment to the market.’ Ahead of newbuld Costa Venezia’s arrival in China next year, ‘Costa is bullish to stay and succeed,' Zanetti said.

Kent Fuming Zhu, president of Genting Cruise Lines, commented that although the percentage of Chinese cruisers declined in the past year, he expects the whole industry to reflect on this and 'target the right direction for the future.’

MSC Cruises’ executive chairman Pierfrancesco Vago noted China has become the world’s second largest source market in less than 10 years and ‘the best is yet to come if the right steps are taken.'

Vago singled out the existing cabotage laws and asked for restrictions to be eased to enable ships to visit more domestic ports before going international. This will ‘help put China’s cruise market on a solid and sustainable path for quality growth.’

The MSC Cruises chief also asked that more travel agents be allowed to sell cruise holidays and supported Liu's request that cruise lines be allowed to sell directly to consumers, not just cruise tickets but packages including shore excursions and on-board products and services.

He also asked for cruise ships to be given priority in waterways, to avoid ongoing heavy delays that are experienced today.

‘These initiatives will support a more sustainable model for all players so I urge you to keep up the momentum and continue the conversation between the ministries and other entities involved to make it happen soon,’ Vago told the conference opening session.

‘With your leadership, the China cruise market can soon be back on a path for sustainable and quality growth,’ he concluded.