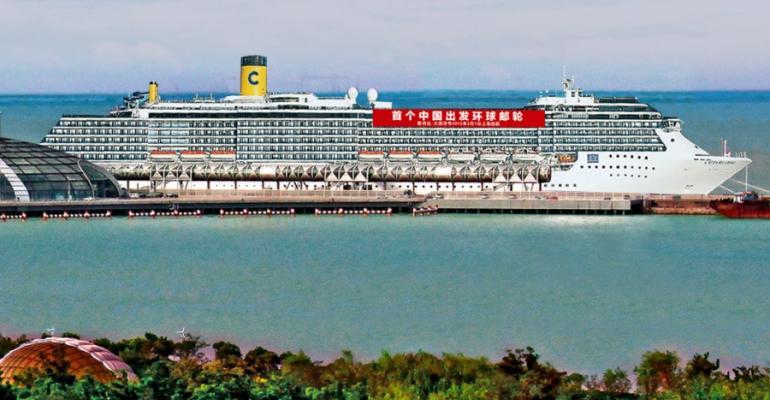 Latest statistics from China’s Transport Ministry predicts the country’s cruise tourism market to grow by more than threefold to 4.5m passengers by 2020 from the 1.4m passengers recorded in 2013.

Zhou Yingfeng, general manager at Shanghai China Youth Travel Services (SCYTS), cited the ministry’s figures and noted that China’s cruise market has seen ‘rapid growth’ in the past years, and it is set to become Asia’s largest and most active cruise market.

‘Since Costa Cruises started to base ships in China back in 2006, the domestic cruise market entered into a period of rapid growth,’ Zhou remarked.

Costa Serena began a year-round deployment last month with Shanghai as homeport, joining Costa Atlantica and Costa Victoria. In 2016, a fourth ship Costa Fortuna will be positioned in the region.

Princess ships began homeport cruising in China last year, and following a successful inaugural season of Shanghai-based cruises on Sapphire Princess, the ship is returning for a second China season which begins on June 4 and runs through October 2015. Princess announced that its new ship currently under construction will be based in China (Shanghai) year-round when introduced in mid-2017.

Zhou pointed out that tours of local cities and destinations visited on an ex-China cruise, ‘are becoming more attractive due to the one-stop service and the elimination of road transport hassles and costs.’

From January to April this year, Shanghai recorded around 292,000 inbound and outbound cruise passengers, a surge of 82% compared to the same period of last year. The number of international cruise ships calling in Shanghai was 86, an increase of 72% year-on-year.