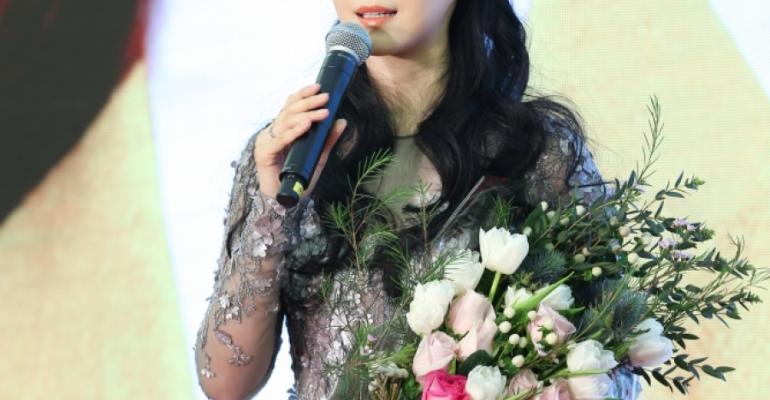 Internationally acclaimed Chinese actress Fan Bingbing will serve as the godmother for Ovation of the Seas. The announcement was made by Zinan Liu, president, Royal Caribbean International - China and North Asia Pacific, at a news conference at the Great Hall of People in Beijing.

Bingbing is the first Chinese celebrity selected as the godmother for an international cruise line's ship and will officially name Ovation of the Seas during its June 24 inaugural festivities in Tianjin.

'Bingbing is number one on the Forbes China "Celebrity 100" list and has held that top position for three years, making her one of the most influential Chinese stars and in the world,' RCI president and ceo Michael Bayley said. 'She has received awards from many international film festivals and is recognized as a fashion icon for her extraordinary style on the red carpet, at movie premieres and iconic fashion events.

'She is innovative, smart, ambitious, trendy and elegant,' he added, 'and that makes Bingbing the perfect person to be selected as the godmother of our newest ship.'

The actress said her father was a singer in the art troupe of the Political Department of the Navy in China.

'My childhood was filled with the melodies of the sea and I often dreamed about sailing out to sea for an adventure,' Fan said at the news conference. 'Now, thanks to this invitation from Royal Caribbean, my dreams will come true.'